EMIT's Components Come Together at JPL 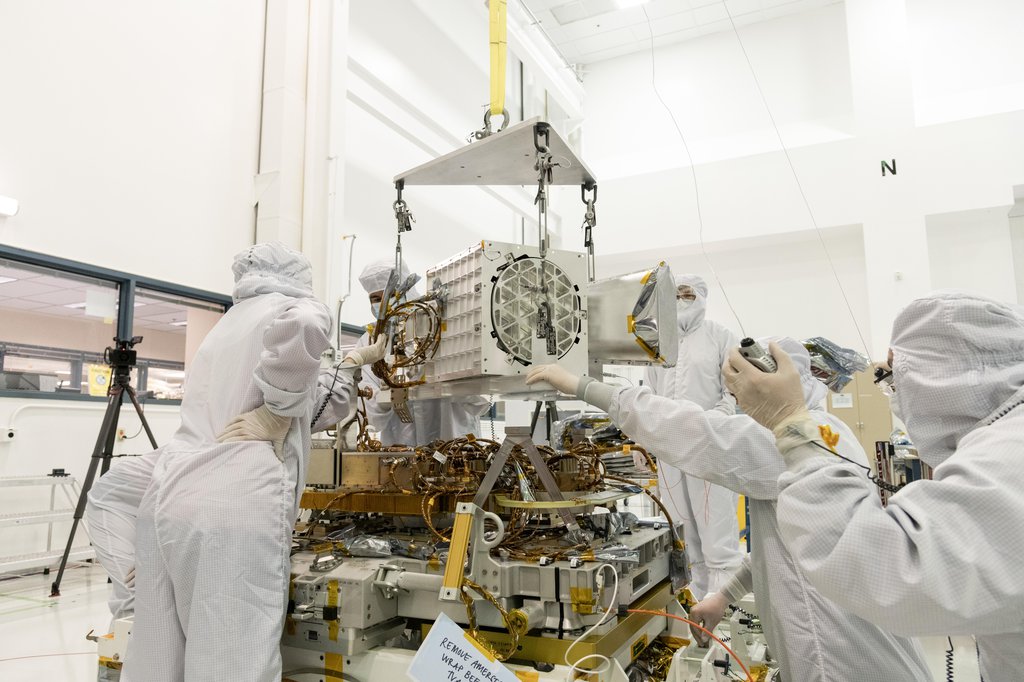 Engineers and technicians at NASA's Jet Propulsion Laboratory in Southern California assemble components of the Earth Surface Mineral Dust Source Investigation (EMIT) mission instrument in December 2021. The upper portion consists of EMIT's optical subsystem, including a telescope and imaging spectrometer, while the baseplate below holds electronics.

EMIT was developed at JPL, which is managed for NASA by Caltech in Pasadena, California. It is set to launch in June 2022 from Kennedy Space Center in Florida to the ISS aboard SpaceX's 25th commercial resupply services mission for NASA. Once EMIT begins operation, its data will be delivered to the NASA Land Processes Distributed Active Archive Center (DAAC) for use by other researchers and the public.