Aerial View of Point Conception, California, and the Dangermond Preserve 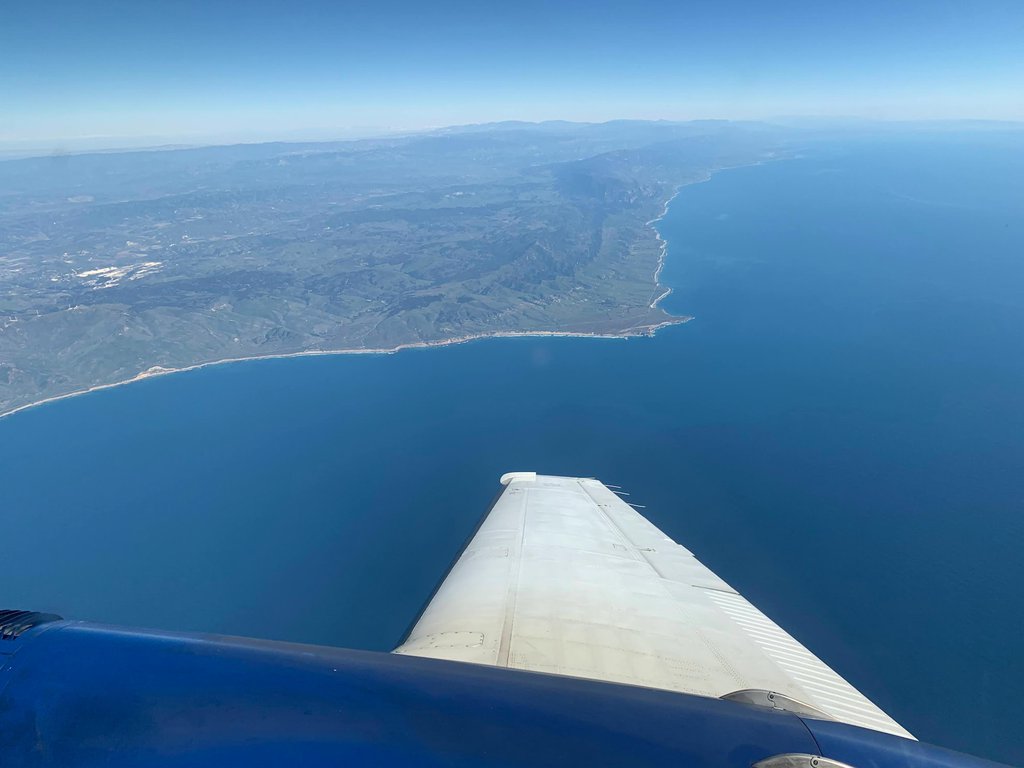 A research plane carrying the AVIRIS-NG (Airborne Visible/Infrared Imaging Spectrometer-Next Generation) instrument flies off the Central Coast of California near Point Conception and the Jack and Laura Dangermond Preserve on Feb. 24, 2022. The flight is part of the Surface Biology and Geology High-Frequency Time Series (SHIFT) campaign, which is jointly led by NASA's Jet Propulsion Laboratory, the University of California, Santa Barbara (UCSB), and The Nature Conservancy.

Operating between late February and late May 2022, the aerial portion of SHIFT flies on an approximately weekly basis over a 640-square-mile (1,656-square-kilometer) study area in Santa Barbara County and the nearby ocean, collecting spectral data of plant communities it observes below. SHIFT combines the ability of airborne science instruments to gather data over widespread areas with the more concentrated observations scientists conduct in the field to study the functional characteristics, health, and resilience of plant communities.

The sampling and analysis done by researchers on the ground and in the ocean is intended to validate data taken by AVIRIS-NG and help scientists design data collection and processing algorithms for NASA's proposed Surface Biology and Geology (SBG) mission, which would launch no earlier than 2028. The data is also intended to support the research and conservation objectives of The Nature Conservancy, which owns the Dangermond Preserve, and UCSB, which operates the Sedgwick Reserve, another nature preserve within the study area. More than 60 scientists from institutions around the U.S. have indicated they intend to use the SHIFT data in their research.

AVIRIS-NG, which was designed at JPL, flies aboard Dynamic AviationÃ¢â¬â ¢s King Air B-200.