A Mysterious Fractured Depression on Mars 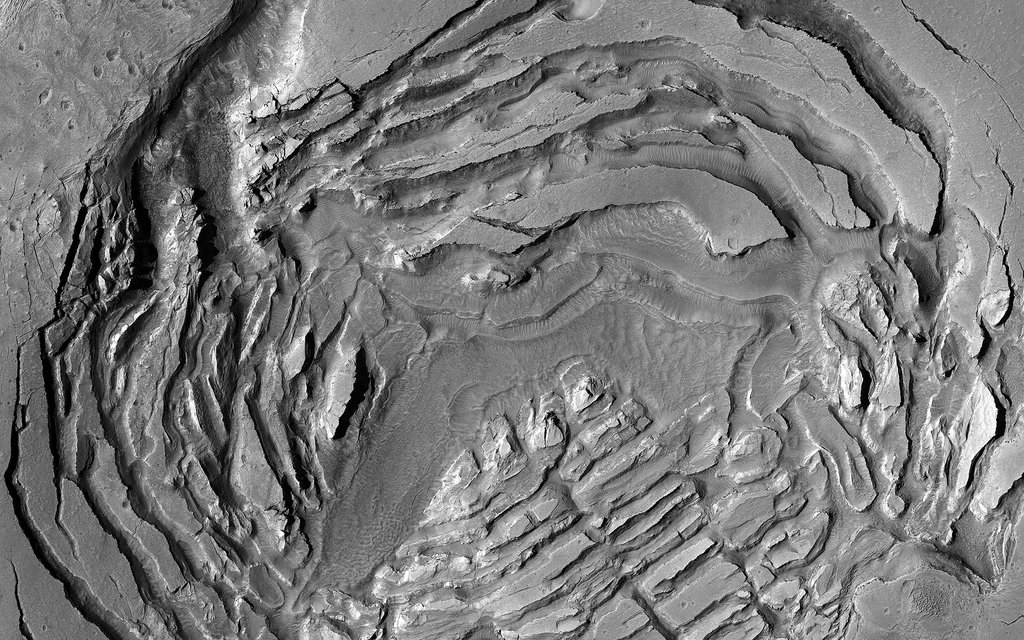 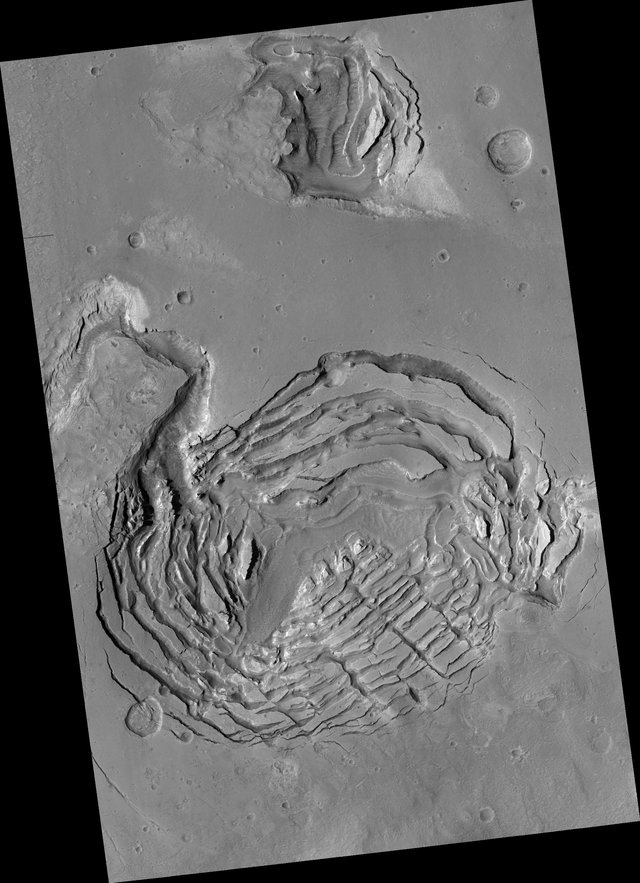 While we have learned so much about Mars after over 50 years of exploration with spacecraft, there are some features that continue to be mysteries.

These depressions, found near the northern edge of the ancient highlands, have fractures that indicate collapse toward their centers. This pattern can be found on glaciers that sit atop volcanoes after a small eruption has melted some of the ice.

It is plausible that there is substantial ice buried underground at this location on Mars but there is no obvious process to remove some of the ice to form these depressions.