Lines of Pits in Protonilus Mensae 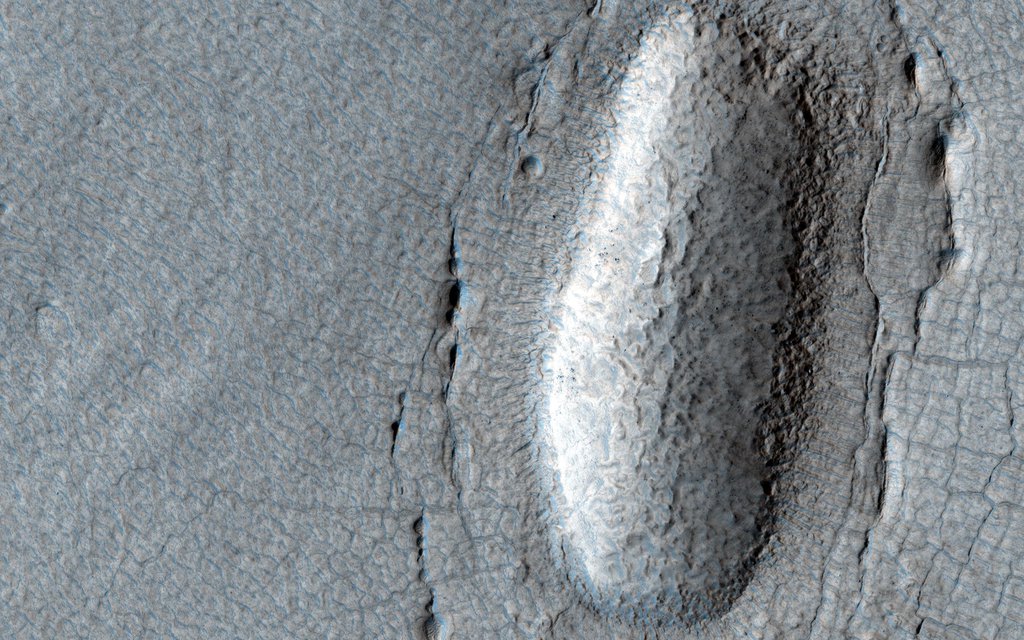 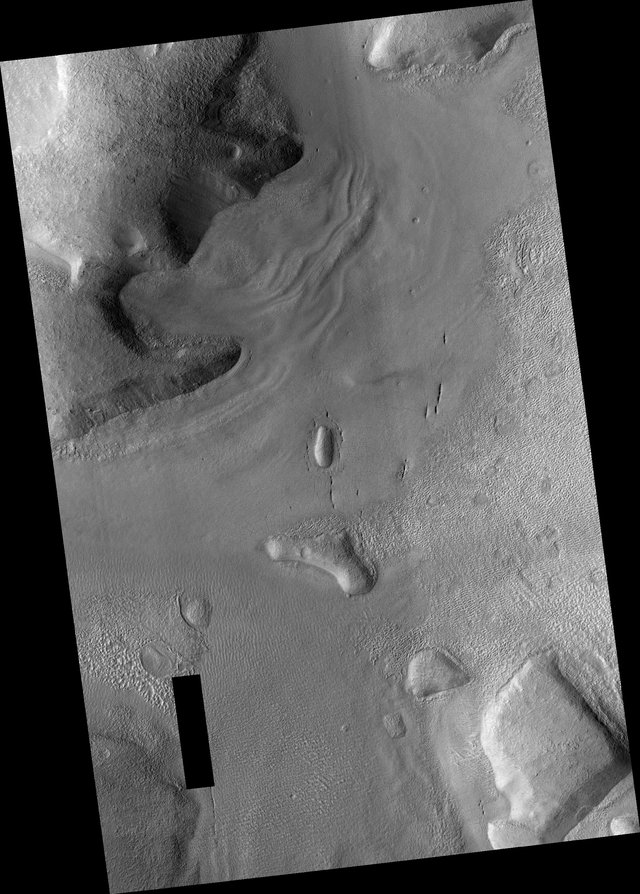 This observation shows a lobe-shaped debris apron emanating from a massif (shown in the upper left of the image) in the Protonilus Mensae region in the Northern Hemisphere of Mars.

These aprons are composed of nearly pure water ice with a layer of debris on the surface protecting the ice from sublimation (going directly from a solid to gaseous state). This image shows different terrain types on the apron that indicate the presence and flow of ice, from smoother polygonal terrain closer to the massif, to rougher, patterned ground commonly called "brain terrain." Also visible on the apron are a series of linear pits. These pits might form from material collapsing into subsurface voids after buried ice has sublimated.