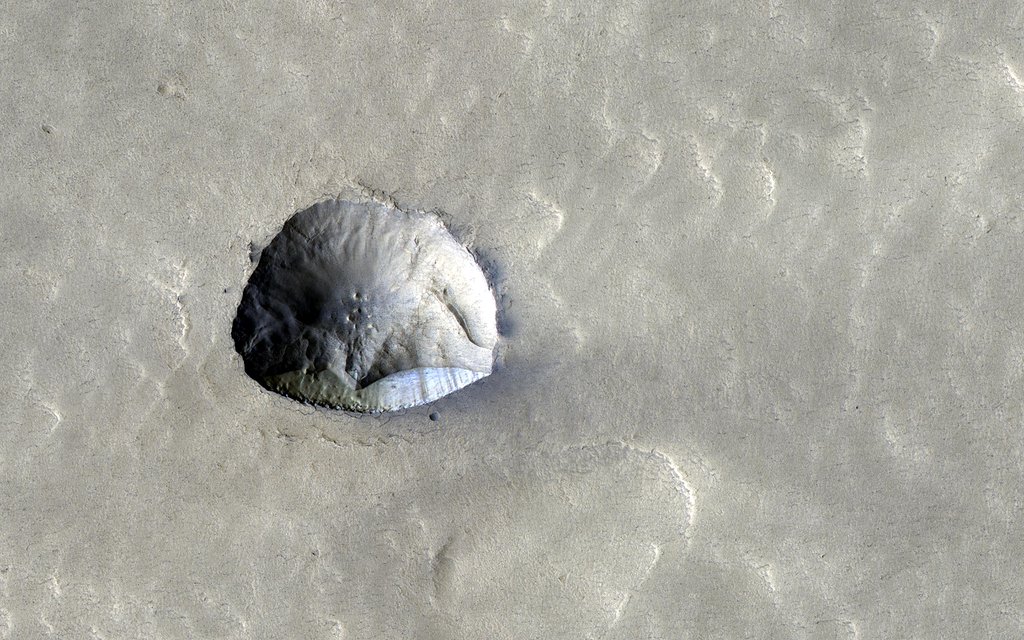 We've come to understand in recent years that about a third of Mars has ice just below the surface. Many impact craters in the mid-latitudes are filled with smooth material that is probably ice covered with a little dirt. Part of one of these filled craters appears in this HiRISE image and has an interesting feature about 250 meters (800 feet) across, near the image center.

What looks like might have been a small impact crater now has a straight edge with a steep cliff on its southern side. This north-facing cliff appears to expose icy material that's similar to other pole-facing scarps showing buried ice elsewhere on the planet. These cliffs give us a cut-away view of the buried ice in that location and can help answer questions about what the Martian climate was like when this ice formed.