A Tale of Collapse Terrain 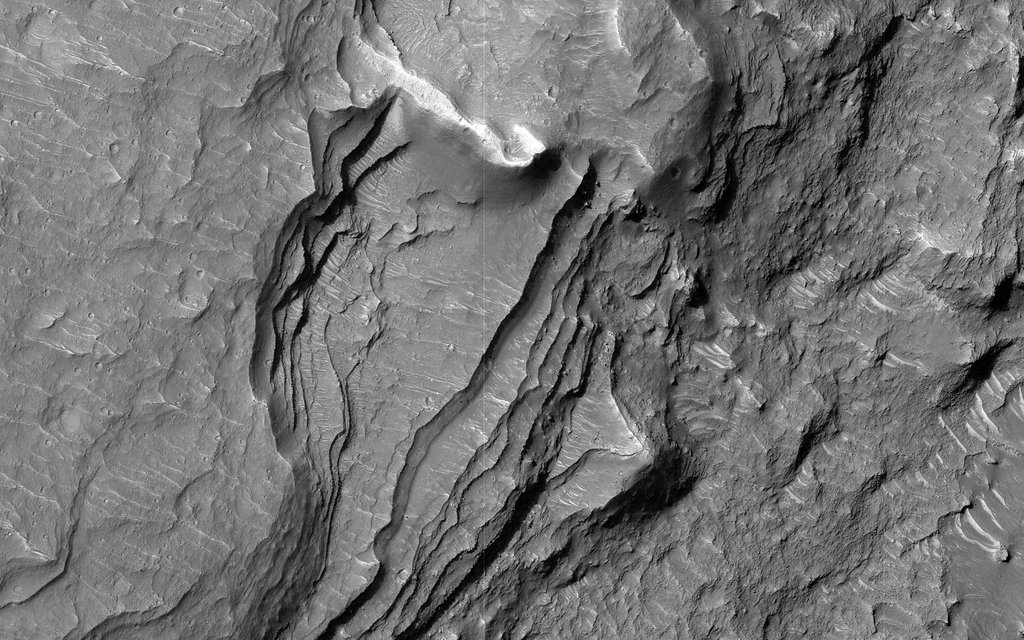 North of Ganges Chasma lies Orson Welles Crater, whose floor contains broken up blocks we call chaotic terrain and which is the source for the major outflow channel Shalbatana Vallis.

Between Orson Welles and Ganges Chasma is a region where materials subsided and collapsed over underground cavities that had once held aquifers. This image shows an elongated collapse pit. There is evidence that the pit was once filled with water as the groundwater erupted to the surface. A closer view shows fine sedimentary layers exposed by erosion.