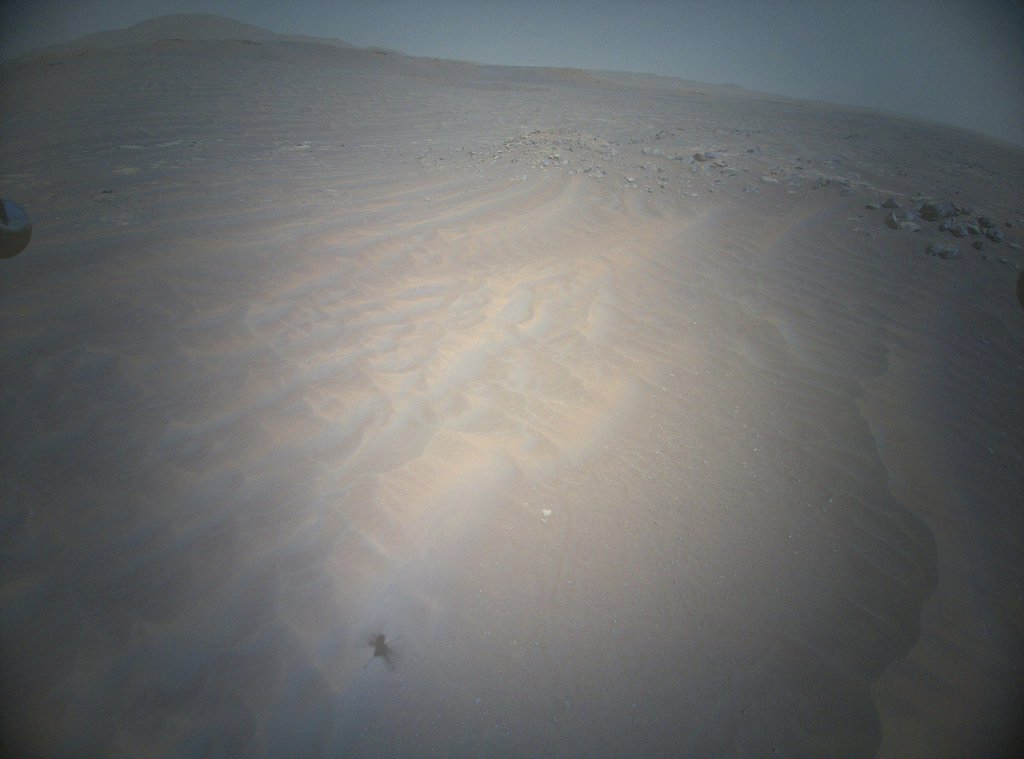 NASA's Ingenuity Mars Helicopter acquired this image in the northwest portion of a region of Mars known as "Séítah" using its high-resolution color camera during its 20th flight on Feb. 25, 2022.