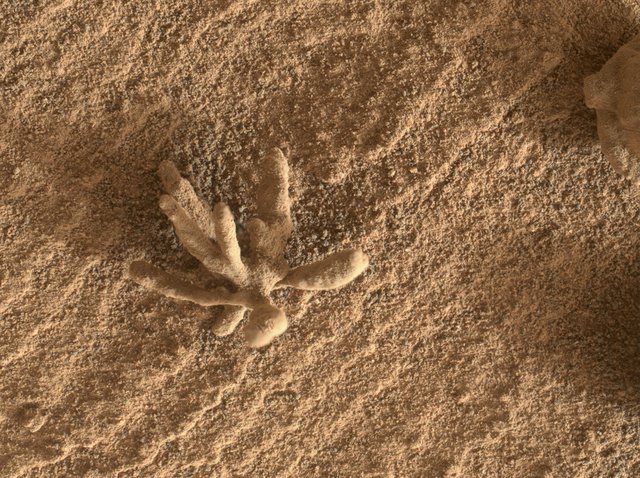 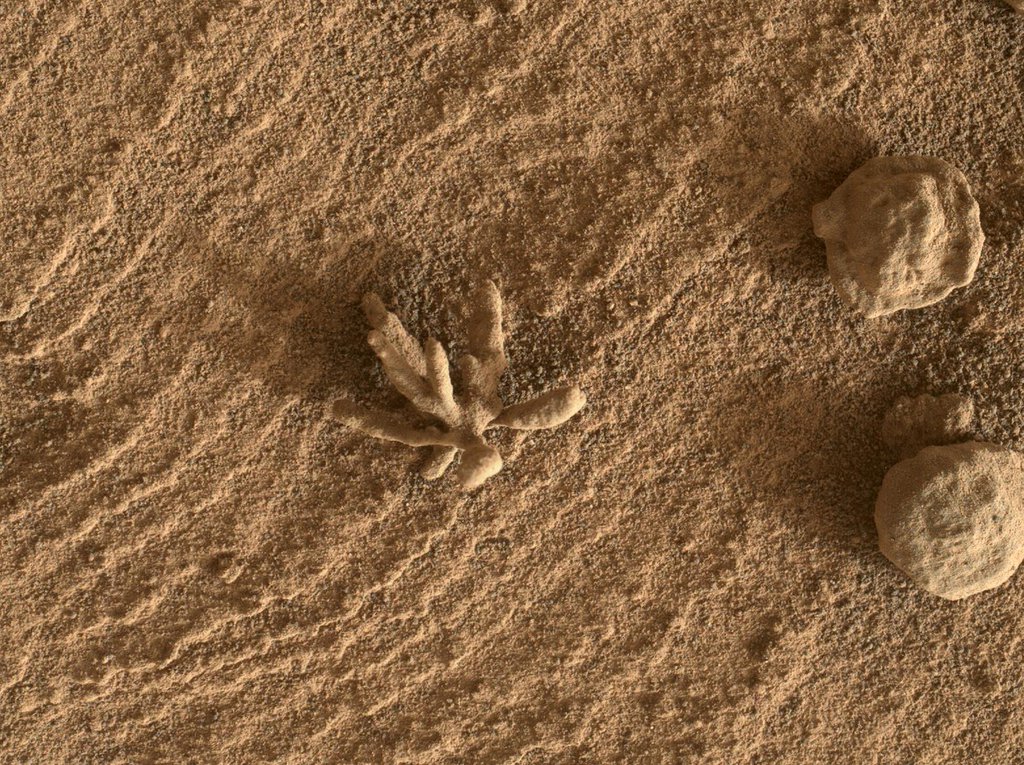 Smaller than a penny, the flower-like rock artifact on the left was imaged by NASA's Curiosity Mars rover using its Mars Hand Lens Imager (MAHLI) camera on the end of its robotic arm. The image was taken on Feb. 24, 2022, the 3,396th Martian day, or sol, of the mission. The "flower," along with the spherical rock artifacts seen to the right, were made in the ancient past when minerals carried by water cemented the rock. Figure 1 shows a tighter view of the flower-like feature.

Curiosity has in the past discovered a diverse assortment of similar small features that formed when mineralizing fluids traveled through conduits in the rock. Images of such features are helping scientists understand more about the prolonged history of liquid water in Gale Crater.