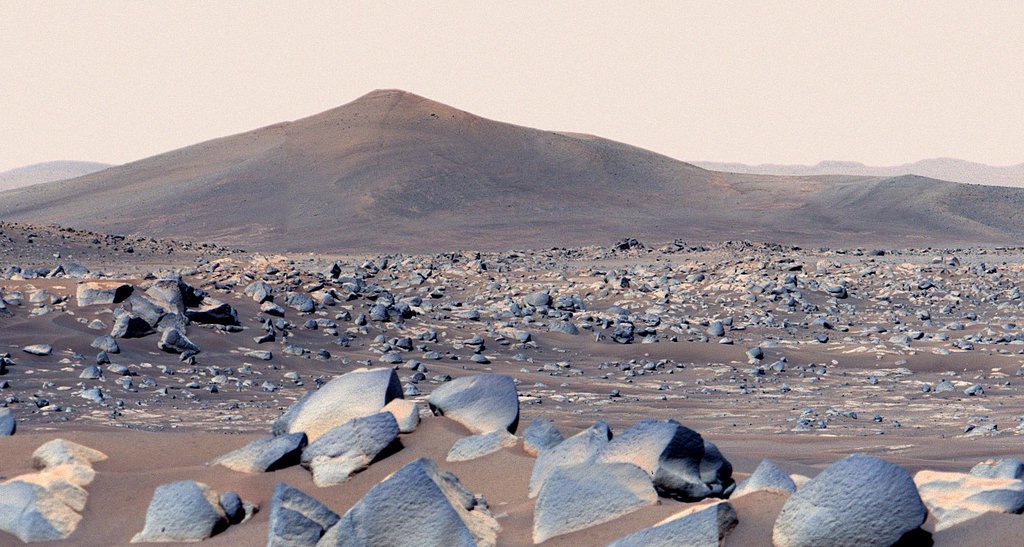 NASA's Perseverance Mars rover snapped this view of a hill in Mars' Jezero Crater called "Santa Cruz" on April 29, 2021, the 68th Martian day, or sol, of the mission. About 20 inches (50 centimeters) across on average, the boulders in the foreground are among the type of rocks the rover team has named "Ch'al" (the Navajo term for "frog" and pronounced "chesh"). Perseverance will return to the area in the next week or so.

Composed of multiple images, this enhanced-color mosaic was created using the left- and right-eye views of Perseverance's Mastcam-Z camera system, merging the scene into a single, wider view. Santa Cruz hill is a possible eroded remnant of Jezero Crater's western delta. The hill is about 164 feet (50 meters) tall and was roughly 1.6 miles (2.5 kilometers) east of the rover when the photo was taken, viewed from "Van Zyl Overlook."