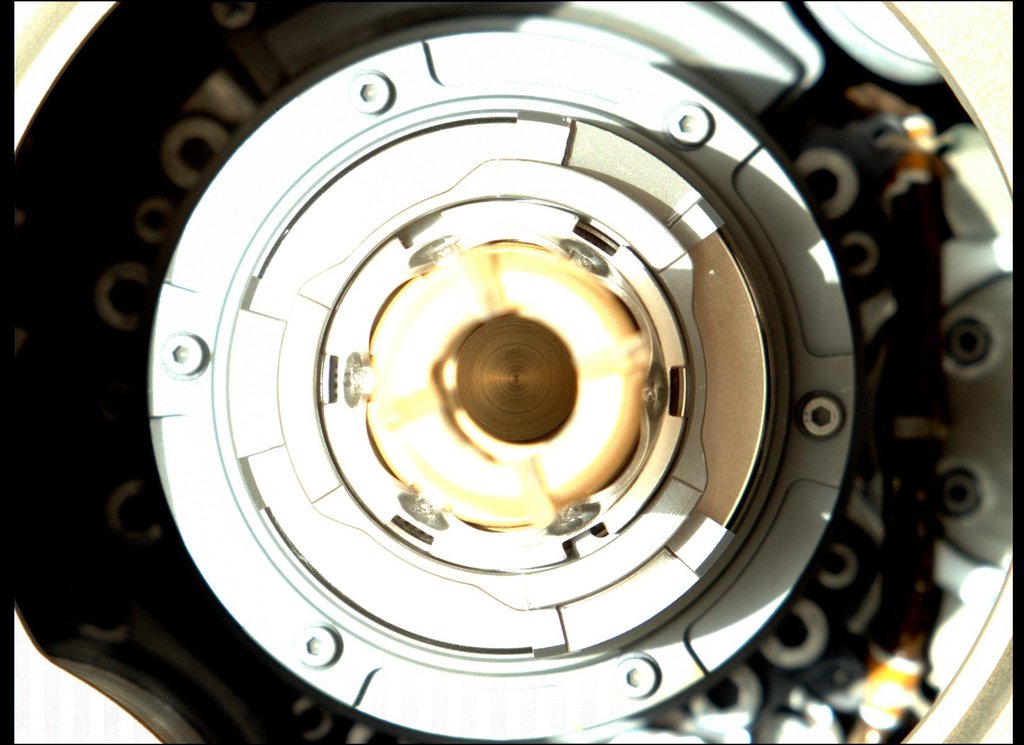 This image taken by the Mastcam-Z camera aboard NASA's Perseverance Mars rover on Jan. 20, 2022, shows that the rover successfully expelled the remaining large fragments of cored rock from a sample tube held in the drill at the end of its robotic arm. The sample was originally collected by the rover on Dec. 29, 2021, from a rock the team calls "Issole."