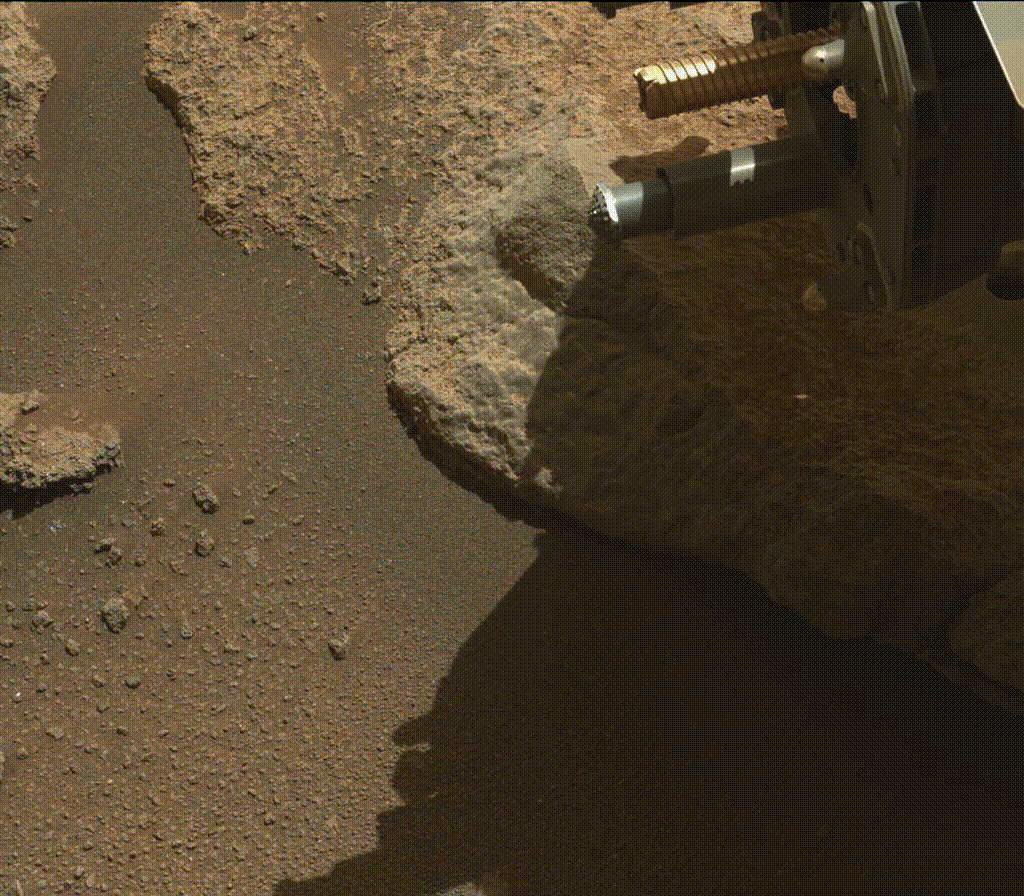 A portion of a cored-rock sample is ejected from the rotary percussive drill on NASA's Perseverance Mars rover. The imagery was collected by the rover's Mastcam-Z instrument on Jan. 15, 2022, the 322nd Martian day, or sol, of the mission, during an experiment that oriented the drill and sample tube (unseen here) around 9 degrees below horizontal and then rotated and extended the drill's spindle.