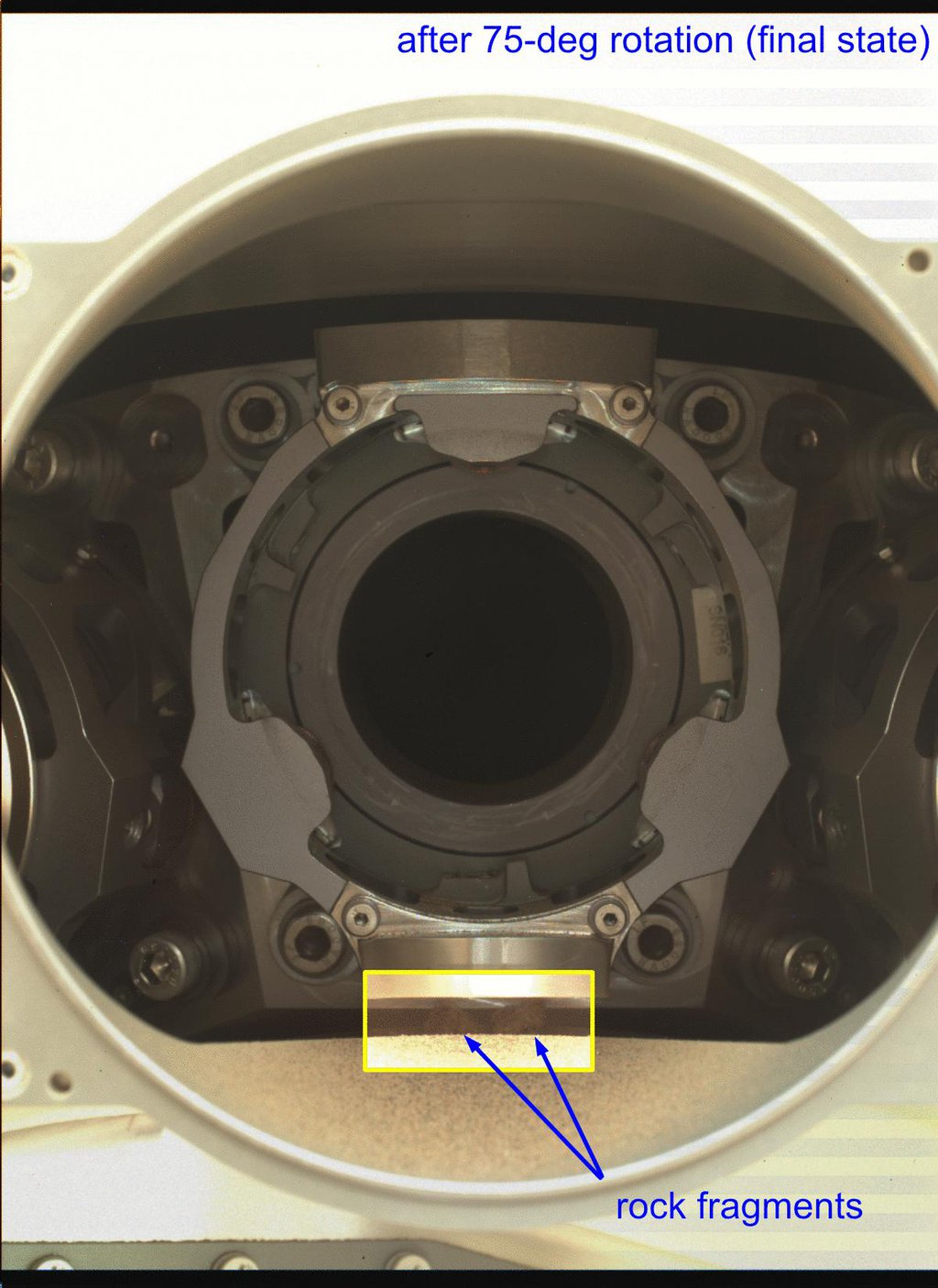 In this annotated animated GIF, the bit carousel on NASA's Perseverance Mars rover can be seen rotating during a test of the component on Jan. 17, 2022, the 325th Martian day, or sol, of the mission. The carousel was rotated about 75 degrees during the test, then was returned back to its original position.

The five images that compose this animated GIF were captured to determine the status – after the test – of four fragments of the cored rock that fell out of the sample tube during Perseverance sampling activity on Dec. 29, 2021. After completion of the test, the upper two rock fragments (seen in the first image) have disappeared, having been ejected during the rotation. However, the lower two rock fragments, located below the bit carousel housing, remain.

The five images that make up the GIF were obtained by the WATSON (Wide Angle Topographic Sensor for Operations and eNgineering) camera. Located in the turret at the end of the rover's robotic arm, WATSON can document the structure and texture within a drilled or abraded target, and its data can be used to derive depth measurements. The camera is a subsystem of the SHERLOC (Scanning Habitable Environments with Raman & Luminescence for Organics & Chemicals) instrument.