Before and After Perseverance Sample Tube Shake 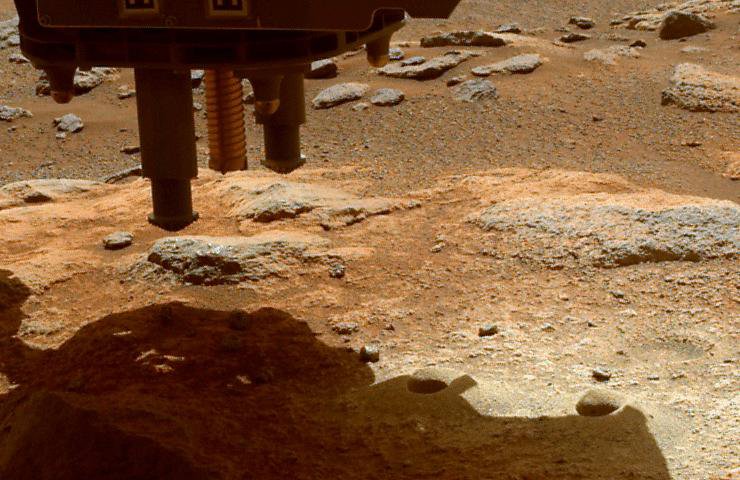 The robotic arm on NASA's Perseverance Mars rover used its percussive drill to eject fragments of cored rock from a sample tube on Jan. 15, 2022, the 322nd Martian day, or sol, of the mission. One of the rover's hazard cameras (hazcam) obtained same-day, before-and-after images of the surface below the rover to help better understand the results of this operation.