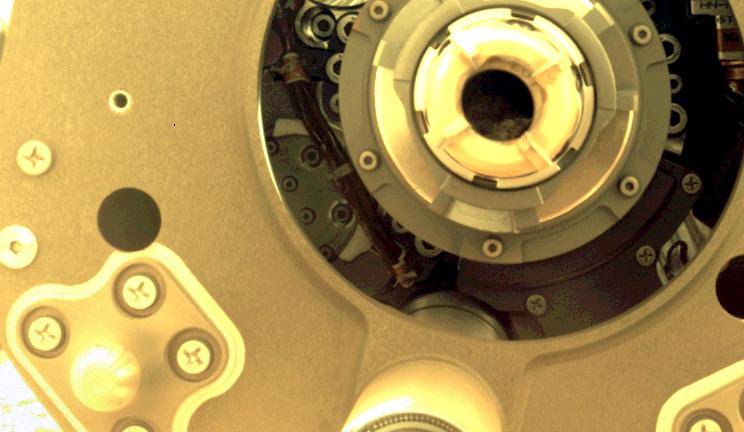 This image taken by the front left hazard camera (hazcam) aboard NASA's Mars Perseverance rover shows the cored-rock sample remaining in the sample tube after the drill bit was extracted from the bit carousel on Jan. 7, 2022. The sample was collected from a rock in the "South Séítah" region of Jezero Crater on Dec. 29, 2021.