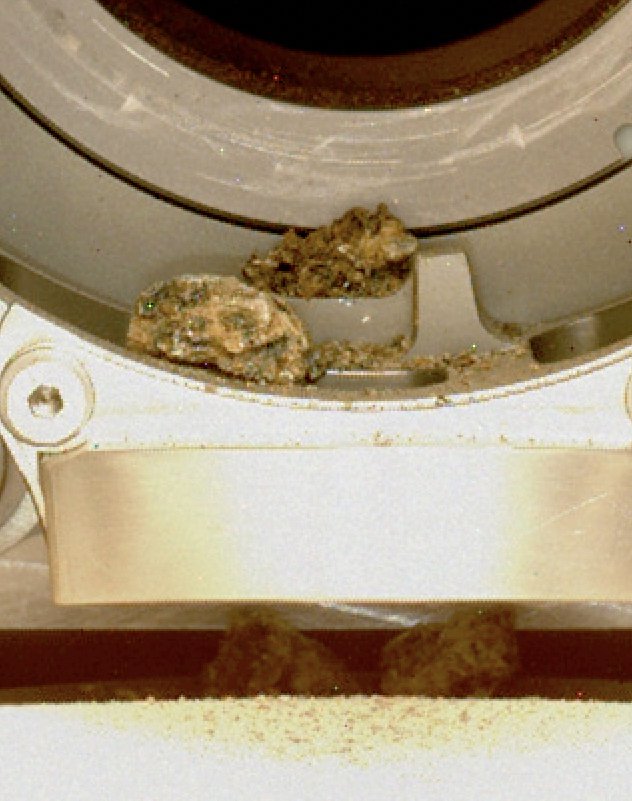 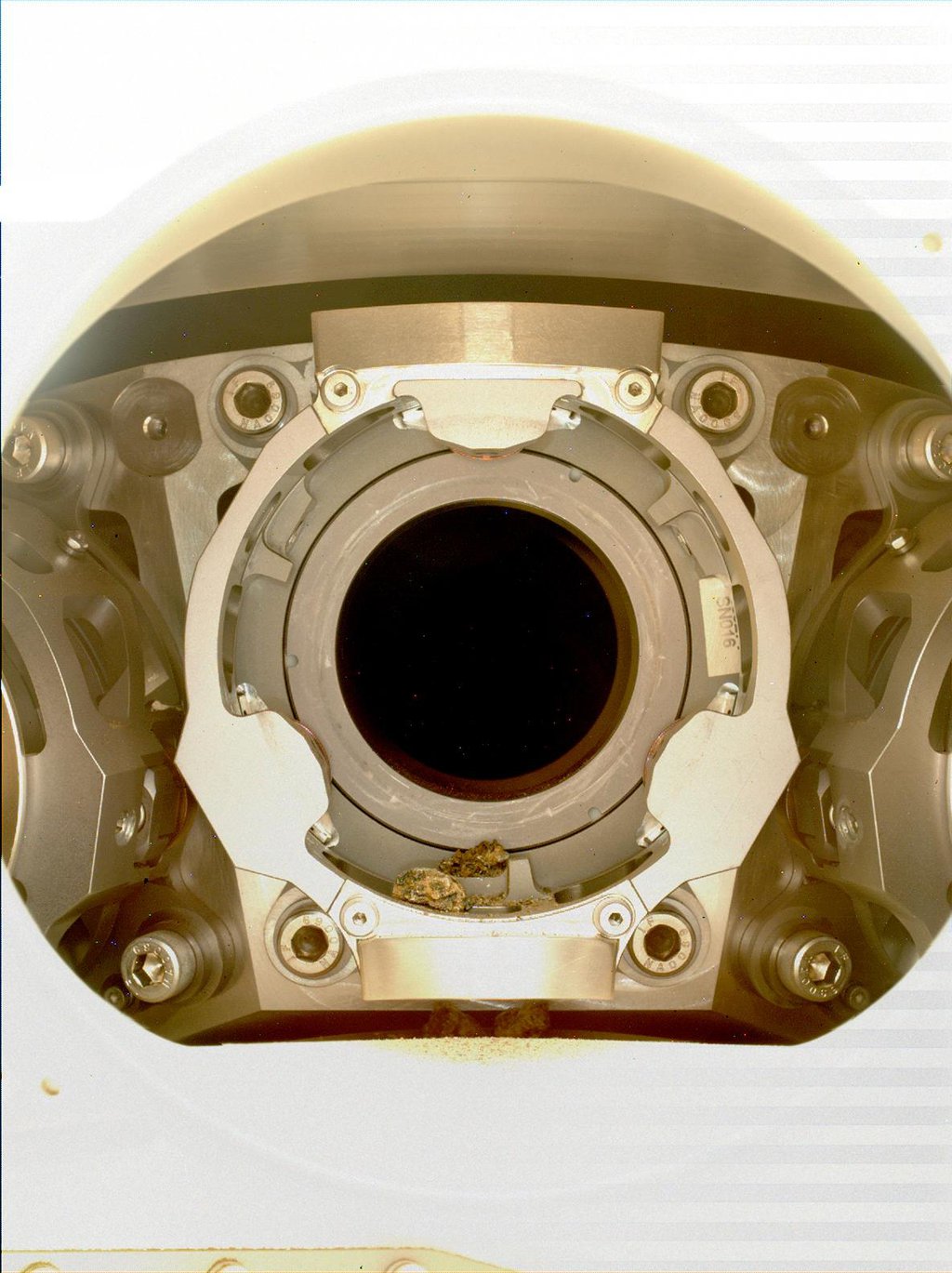 This image of pebble-sized debris in the bit carousel on NASA's Perseverance Mars rover was acquired on Jan. 7, 2022, by the WATSON camera. The image was taken to assist the Perseverance team in diagnosing an anomaly that occurred during a rock sampling on Dec. 29, 2021.

The supplemental image (Figure 1) shows a zoomed-in view of the WATSON (Wide Angle Topographic Sensor for Operations and eNgineering) image, highlighting the location of the sample debris. The area within the blue box is roughly 6.5 millimeters squared.

A subsystem of the SHERLOC (Scanning Habitable Environments with Raman & Luminescence for Organics & Chemicals) instrument, WATSON can document the structure and texture within a drilled or abraded target, and its data can be used to derive depth measurements.