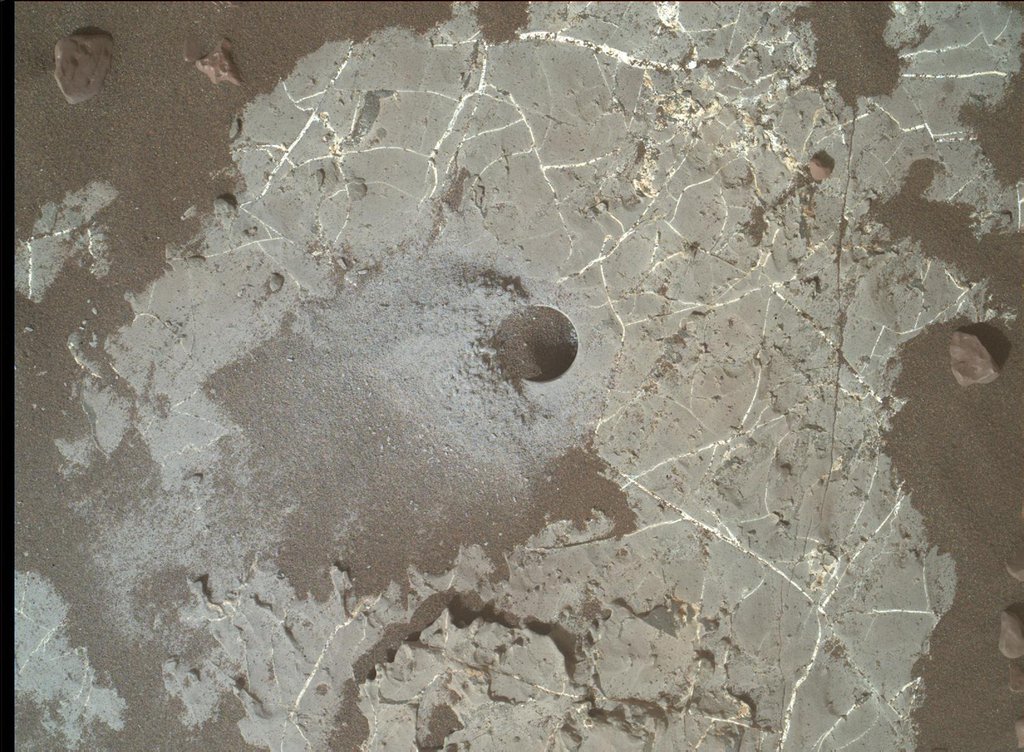 This image shows the Highfield drill hole made by NASA's Curiosity rover as it was collecting a sample on "Vera Rubin Ridge" in Gale Crater on Mars. Drill powder from this hole was enriched in carbon-12. The image was taken by the Mars Hand Lens Imager on Dec. 10, 2021, the 2,247th Martian day, or sol, of the mission.