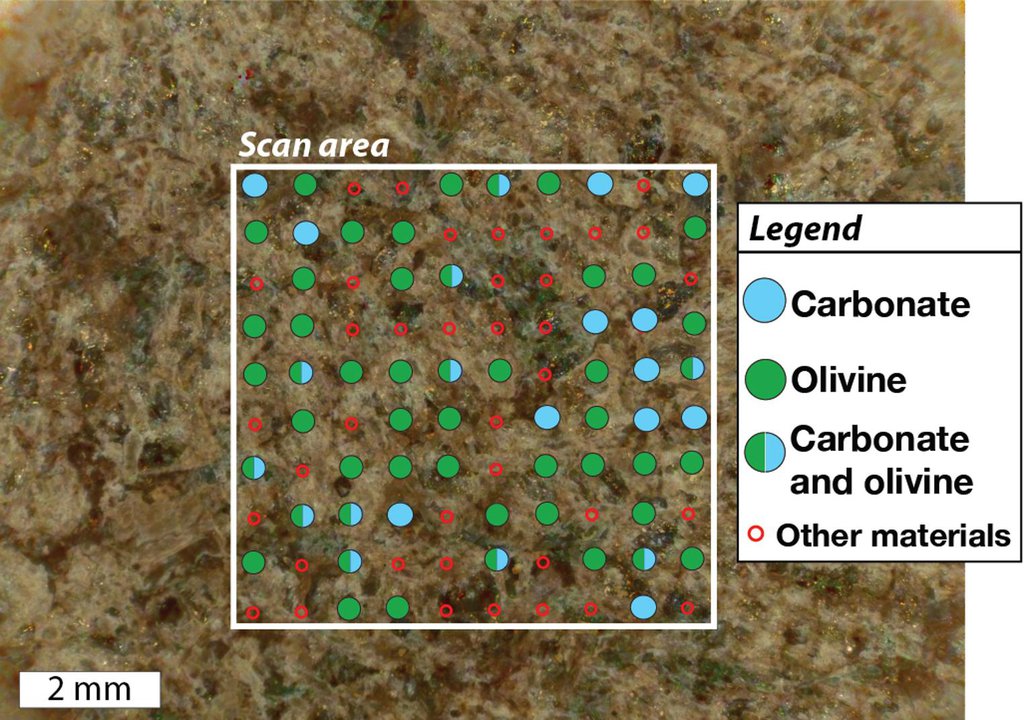 Different kinds of carbon-based molecules called organic compounds were viewed within a rock target called "Garde" by SHERLOC, one of the instruments on the end of the robotic arm aboard NASA's Perseverance Mars rover. The rover used its drill to abrade, or grind away, a patch of rock so that SHERLOC (Scanning Habitable Environments with Raman & Luminescence for Organics & Chemicals) could analyze its interior. This data was taken on Sept. 18, 2021, the 207th Martian day, or sol, of the mission.