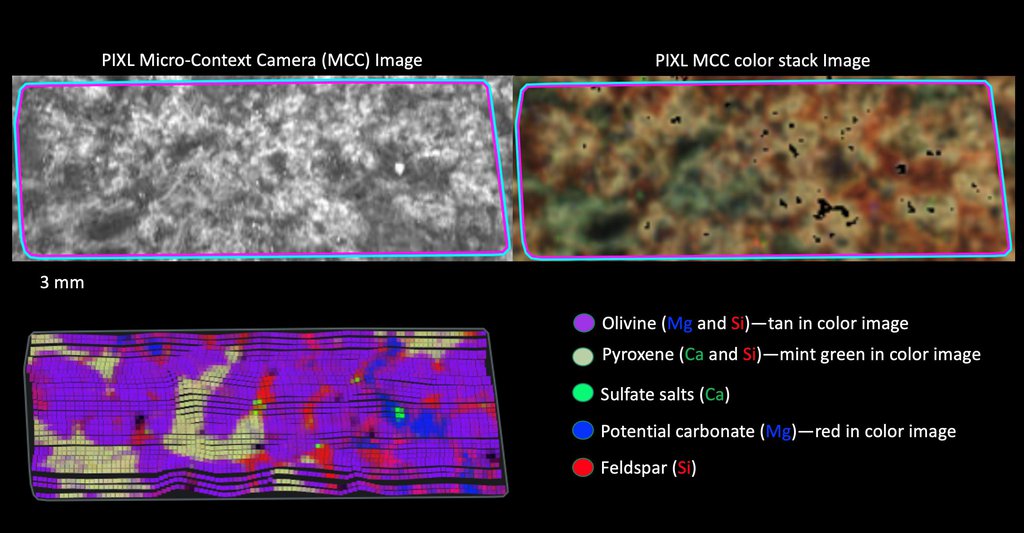 These images show a rock target called "Dourbes" in Mars' Jezero Crater and a map of chemical elements detected within the target by PIXL (Planetary Instrument for X-ray Lithochemistry), one of the instruments on the end of the robotic arm aboard NASA's Perseverance Mars rover.

The two images at top show the target in black-and-white and colorized views. PIXL's map of elements is at the bottom, showing magnesium (blue), silicon (red), and calcium (green) – three of the major minerals present in the rock. The map shows olivine and pyroxene forming a cumulate texture characteristic of an igneous rock (solidified from magma or lava). The presence of sulfate salts and potential carbonates reveal that these igneous rocks were altered by water, indicating past watery environments in Jezero Crater.