Phytoplankton Bloom in the South of Bothnia 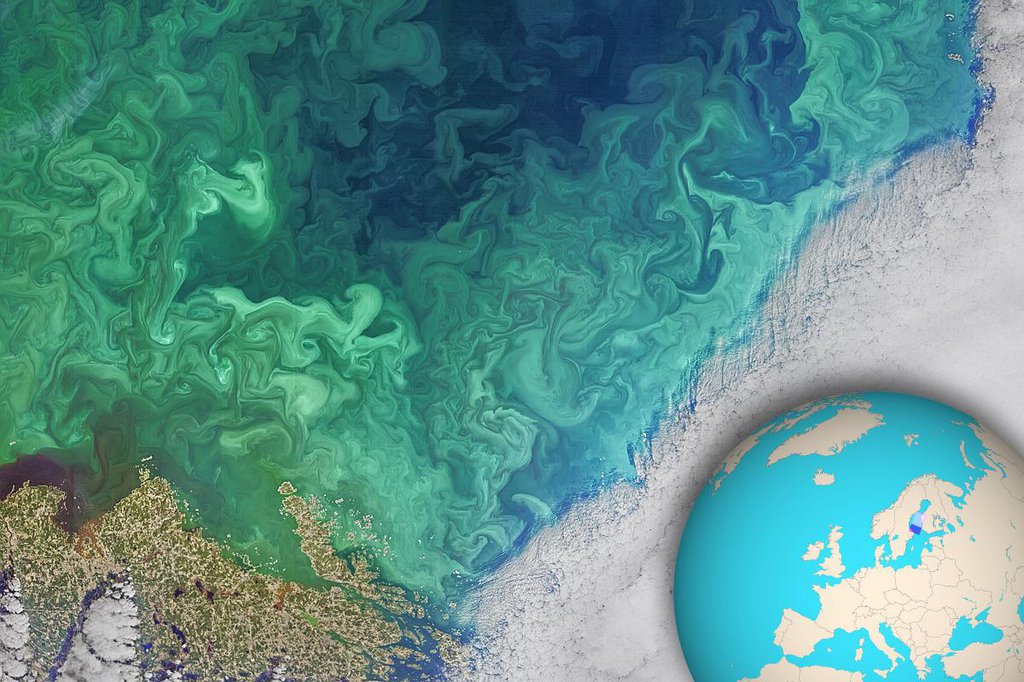 NASA's Landsat 8 satellite collected this view of phytoplankton blooming in the southern Gulf of Bothnia, in the Baltic Sea, between Sweden and Finland on April 14, 2019.

Jupiter's atmosphere is one of the most turbulent places in the solar system. Orbiting Jupiter and its 79 moons is NASA's Juno spacecraft, which sends images from the largest planet in our solar system back to researchers on Earth. These images from Juno have given oceanographers the raw materials to study the rich turbulence at Jupiter's poles and the physical forces that drive large cyclones on the gas giant.

Lia Siegelman, a physical oceanographer and postdoctoral scholar at Scripps Institution of Oceanography at the University of California, San Diego, observed similarities between the richness of turbulence around Jovian cyclones and the filaments around smaller eddies with turbulence seen in Earth's oceans. These similarities between the phenomena on Earth and Jupiter are especially evident on high-resolution images of plankton blooms, as seen above.