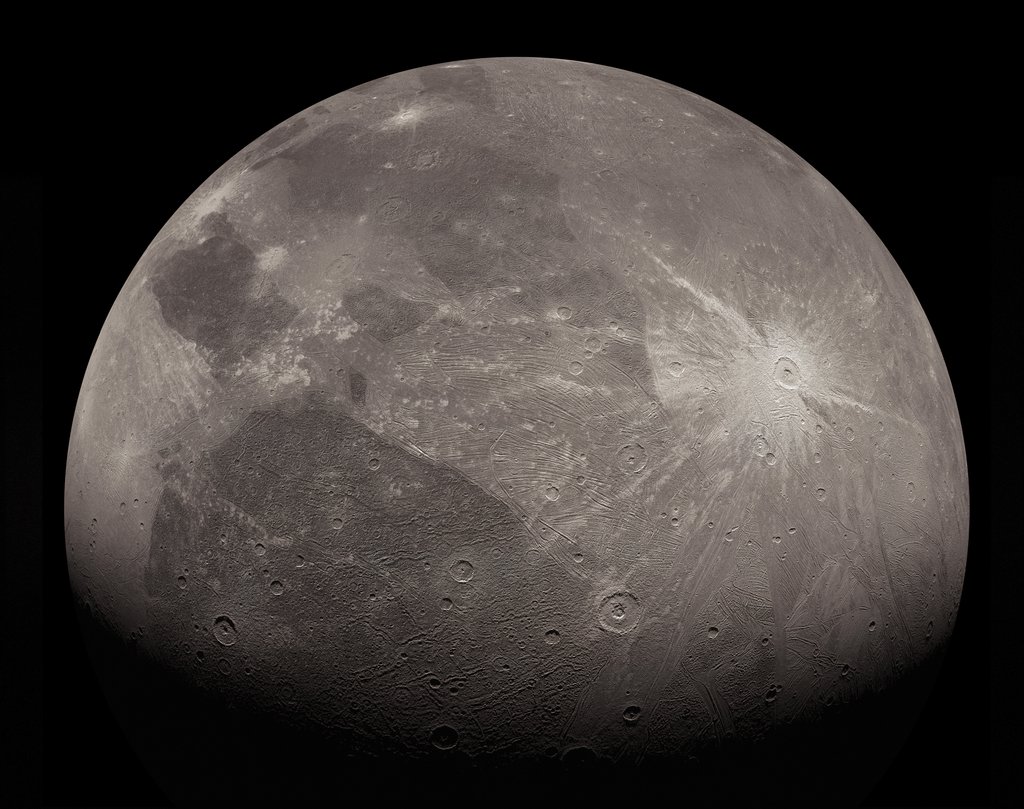 This enhanced image of the Jovian moon Ganymede was obtained by the JunoCam imager aboard NASA's Juno spacecraft during the mission's June 7, 2021, flyby of the icy moon on Juno's 34th pass close to Jupiter. This is an extended, upscaled and artistically enhanced version of a previously released JunoCam image: PIA24681.

The missing top part of the original JunoCam image has been reconstructed, for the most part, using an additional image. To make the new, enhanced image, small surface features have been extracted from elsewhere on Ganymede's surface.

During the June 7 flyby, Juno passed just 645 miles (1,038 kilometers) above the surface of the Ganymede, which is the solar system's largest moon. The spacecraft has been in orbit around Jupiter since July 4, 2016, but this was the first pass close to one of Jupiter's large moons.

Juno is a spin-stabilized spacecraft (with a rotation rate of 2 rpm), and the JunoCam imager has a fixed field of view. To obtain Ganymede images as Juno rotated, the camera acquired a strip at a time as the target passed through its field of view. These image strips were captured separately through red, green and blue filters. To generate the final image product, the strips must be stitched together and the colors aligned.