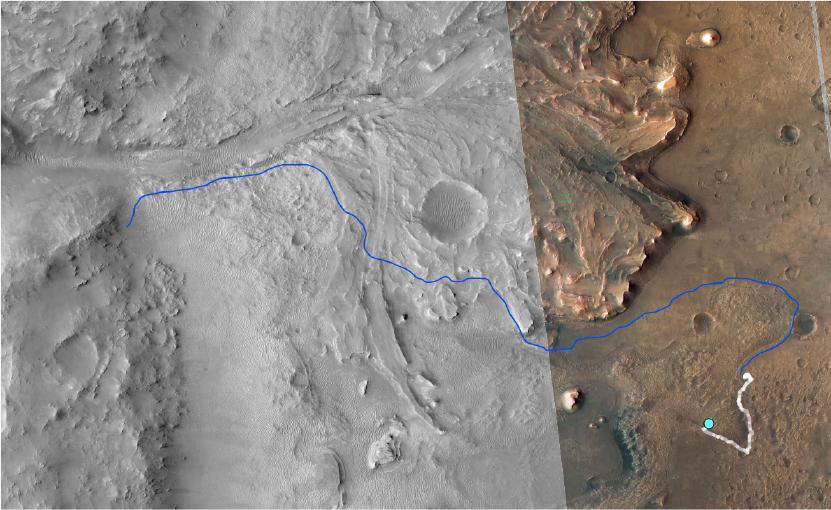 This annotated image from NASA's Mars Reconnaissance Orbiter (MRO) shows the journey NASA's Perseverance rover has taken and will take in the future as it heads toward Jezero Crater's delta on Mars. The white line depicts the route the rover has taken since it touched down at the "Octavia E. Butler Landing" site on Feb. 18, 2021, to its current location in the "South Séítah" geologic unit (light-blue dot). The rover will return to the landing site along the same route and then continue to the delta along the line in blue.

This map is composed of images from the MRO's High Resolution Imaging Experiment (HiRISE).