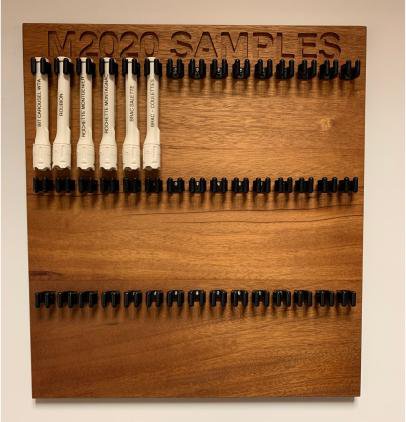 Six facsimile sample tubes hang on the sample tube board in the offices of NASA's Perseverance Mars rover mission at NASA's Jet Propulsion Laboratory in Southern California. Each 3D-printed tube represents actual sample tubes the rover has filled on Mars, either with rock or atmosphere, and they are labeled with the names of the target from which they came. The board was handmade by Perseverance's deputy project manager, Rick Welch.