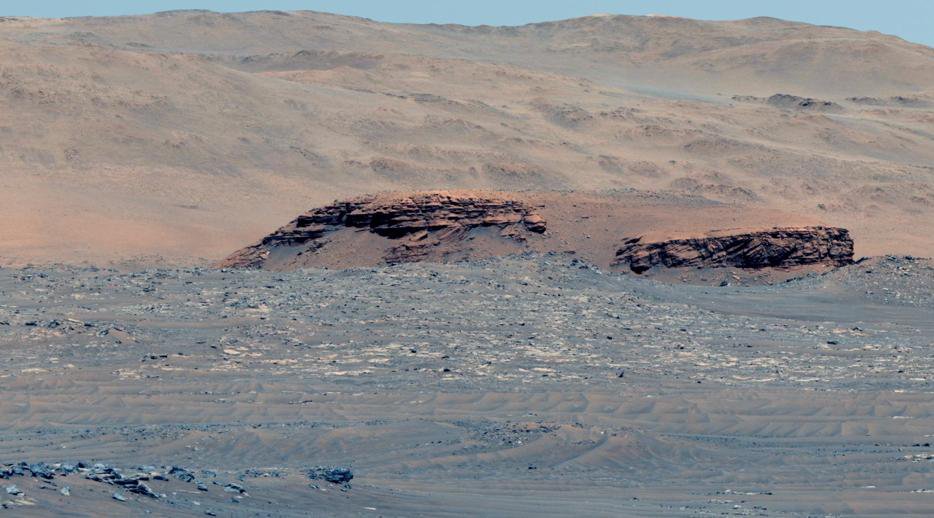 This 60-second video pans across an enhanced-color composite image, or mosaic, of the delta at Jezero Crater on Mars. The delta formed billions of years ago from sediment that an ancient river carried to the mouth of the lake that once existed in the crater. Taken by the Mastcam-Z instrument aboard NASA's Perseverance rover, the video begins looking almost due west of the rover, and sweeps to the right until it faces almost due north.

Fourteen images compose the mosaic that provides the base image for this video (included as an additional figure); they were acquired on Nov. 28, 2021 (the 275th sol, or Martian day, of Perseverance's mission) as the rover sat at the highest vantage point in the "South Séítah" geological unit, allowing a perspective that included boulders and other features atop the delta as well as farther west and northwest across its surface.

The mountains in the background are the rim of Jezero Crater. The view also shows brown hills in the middle distance that are part of an ancient delta, where a river hit a lake in the crater. The rover has spent the last several months exploring the sandy and rocky terrain in the foreground.

The color bands of the image have been processed to improve visual contrast and accentuate color differences. The sky would not actually look blue to a human explorer on the Red Planet.