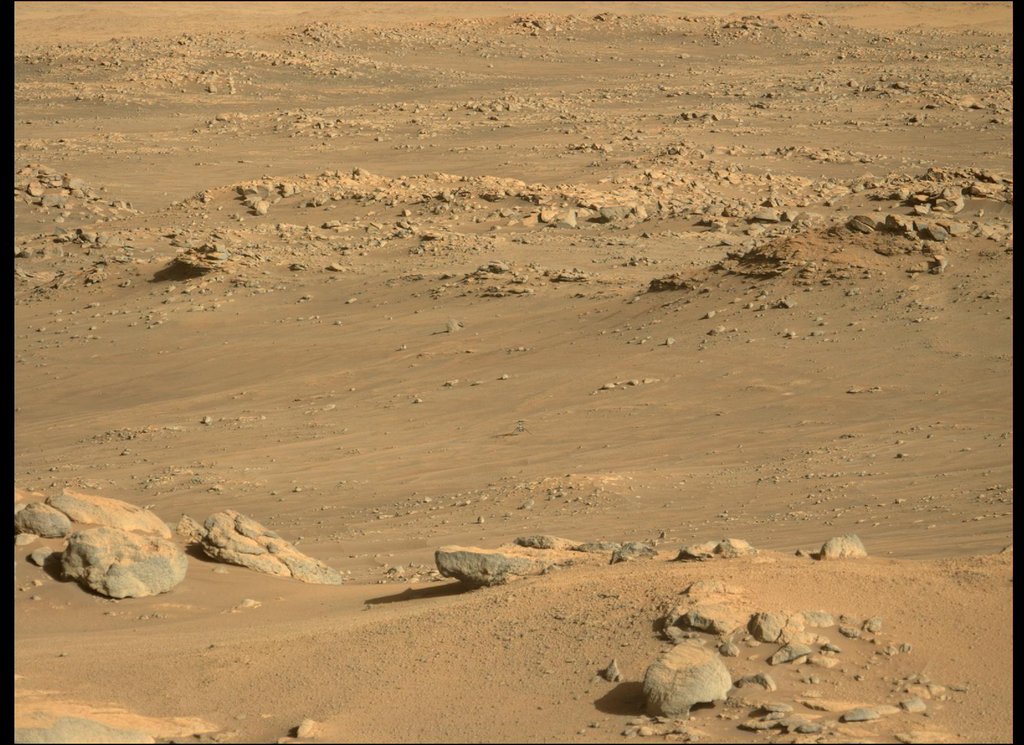 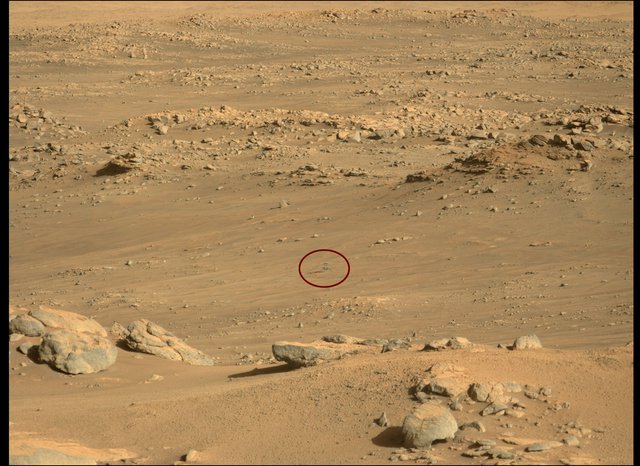 NASA's Ingenuity Mars Helicopter sits on a slightly inclined surface with about 6-degree tilt at the center of the frame. The location, "Airfield J" (the 10th airfield), is just north of the southern ridge of the "Séítah" geologic unit. The Mastcam-Z instrument aboard NASA's Perseverance rover took this image on Dec. 1, 2021 (the 279th Martian day, or sol, of Perseverance's mission), when the rotorcraft was about 970 feet (295 meters) from the rover.

Figure 1: An annotated version of this image highlights the location of Ingenuity.