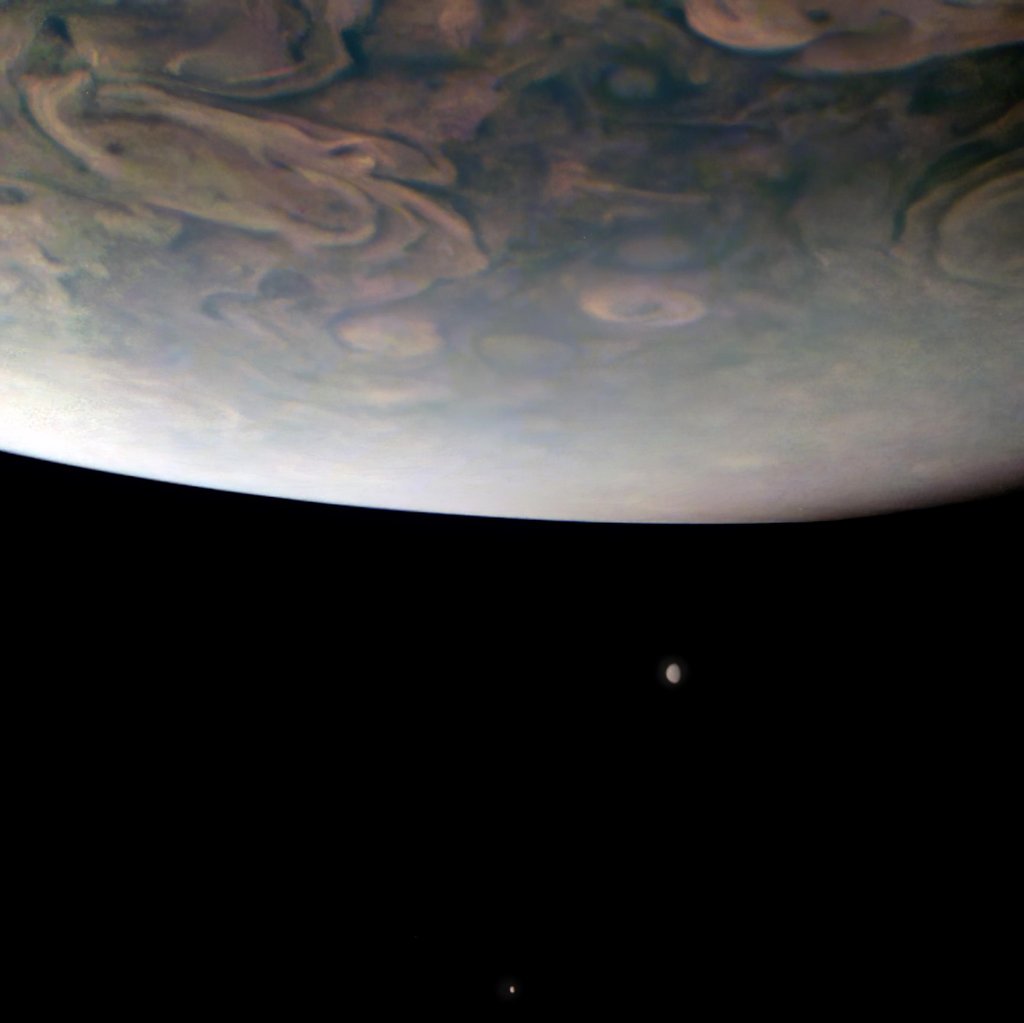 On Nov. 29, 2021, NASA's Juno mission completed its 38th close flyby of Jupiter. As the spacecraft sped low over the giant planet's cloud tops, its JunoCam instrument captured this look at two of Jupiter's largest moons.

In the foreground, hurricane-like spiral wind patterns called vortices can be seen spinning in the planet's north polar region. These powerful storms can be over 30 miles (50 kilometers) in height and hundreds of miles across.

Below Jupiter's curving horizon, two Jovian moons make an appearance: Callisto (below) and Io (above).

Juno will make close flybys of Io in December 2023 and February 2024, the first such close encounters with this intriguing moon in over two decades. Io is the most volcanic body in our solar system, and its eruptions leave a trail of material behind that both fills Jupiter's magnetosphere and creates a torus of gas and dust around Jupiter. During the flybys, Juno will study Io's volcanoes and geology, search for signs of a magma ocean, and investigate how Io interacts with Jupiter's giant magnetosphere.

Citizen scientist Gerald Eichstädt used raw JunoCam data to make the original version of this image, and then another citizen scientist, Thomas Thomopoulos, further processed it, zooming in and making color enhancements.