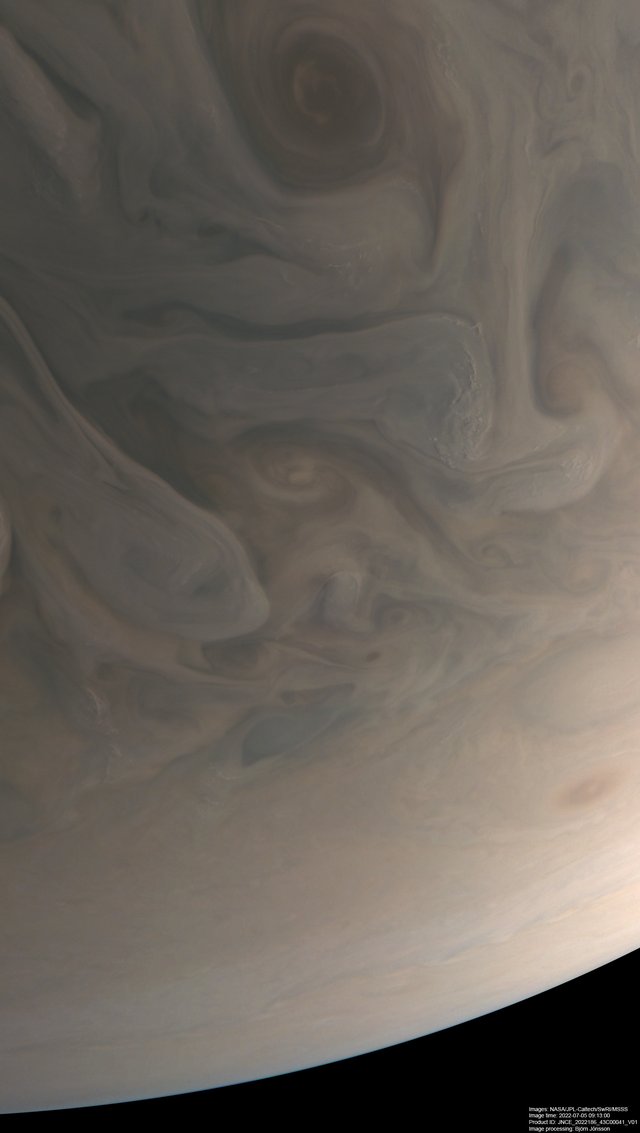 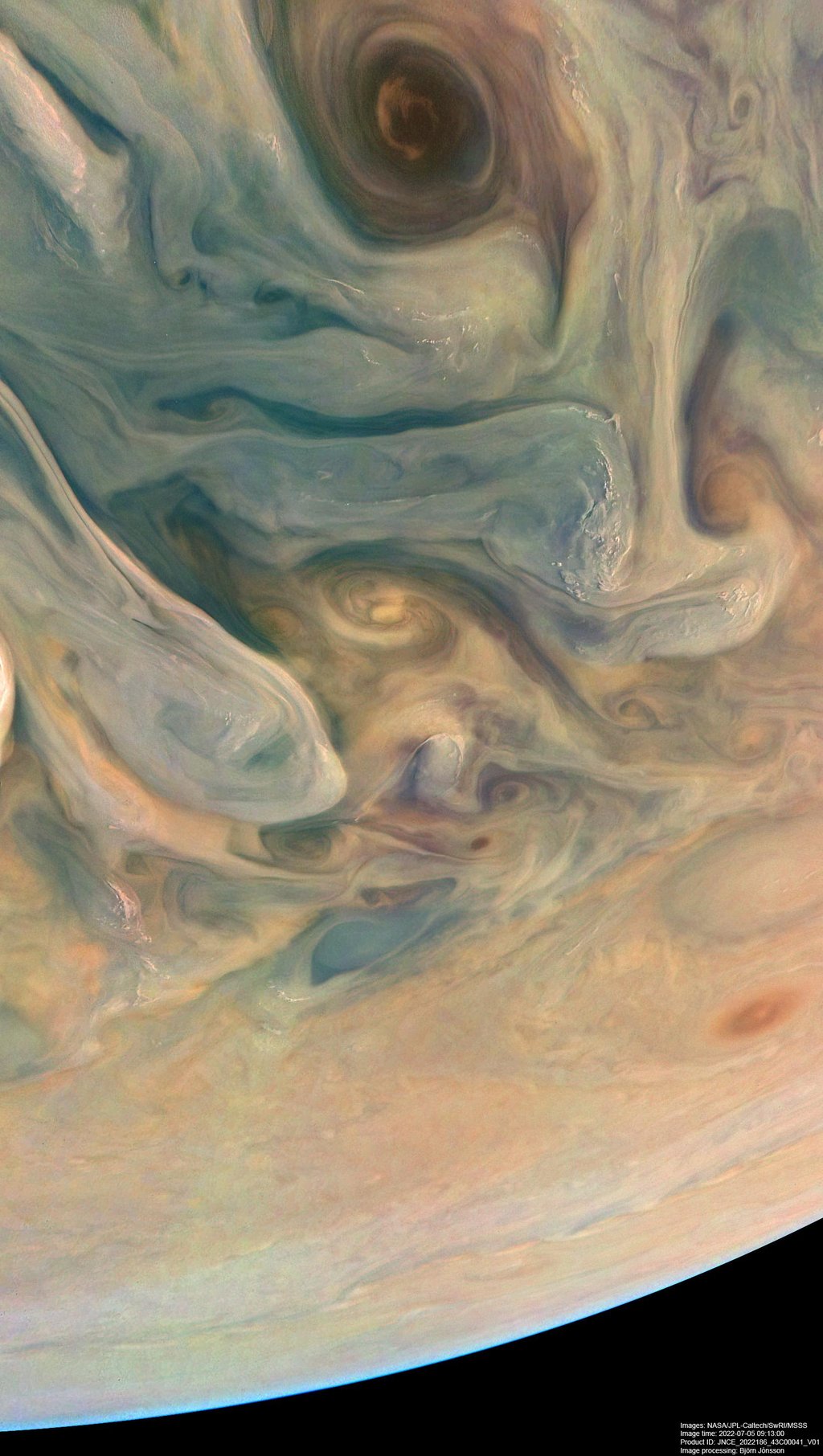 NASA's Juno spacecraft observed the complex colors and structure of Jupiter's clouds as it completed its 43rd close flyby of the giant planet on July 5, 2022.

Citizen scientist Björn Jónsson created these two images using raw data from the JunoCam instrument aboard the spacecraft. At the time the raw image was taken, Juno was about 3,300 miles (5,300 kilometers) above Jupiter's cloud tops, at a latitude of about 50 degrees. North is up. At that moment, the spacecraft was traveling at about 130,000 mph (209,000 kilometers per hour) relative to the planet.

The ancillary image (Figure 1) was processed to portray the approximate colors that the human eye would see from Juno's vantage point. The main image comes from the same raw data, but in this case Jónsson digitally processed it to increase both the color saturation and contrast to sharpen small-scale features and to reduce compression artifacts and noise that typically appear in raw images. This clearly reveals some of the most intriguing aspects of Jupiter's atmosphere, including color variation that results from differing chemical composition, the three-dimensional nature of Jupiter's swirling vortices, and the small, bright "pop-up" clouds that form in the higher parts of the atmosphere.