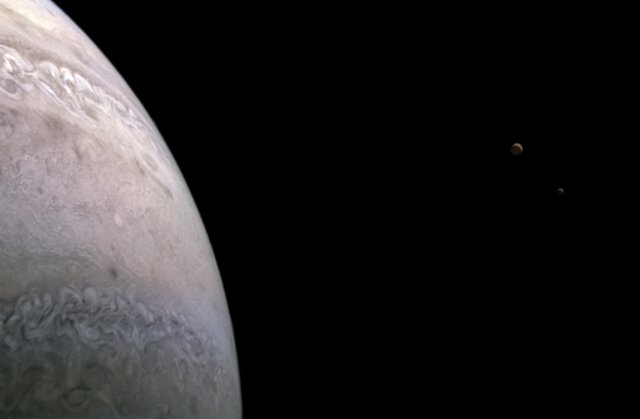 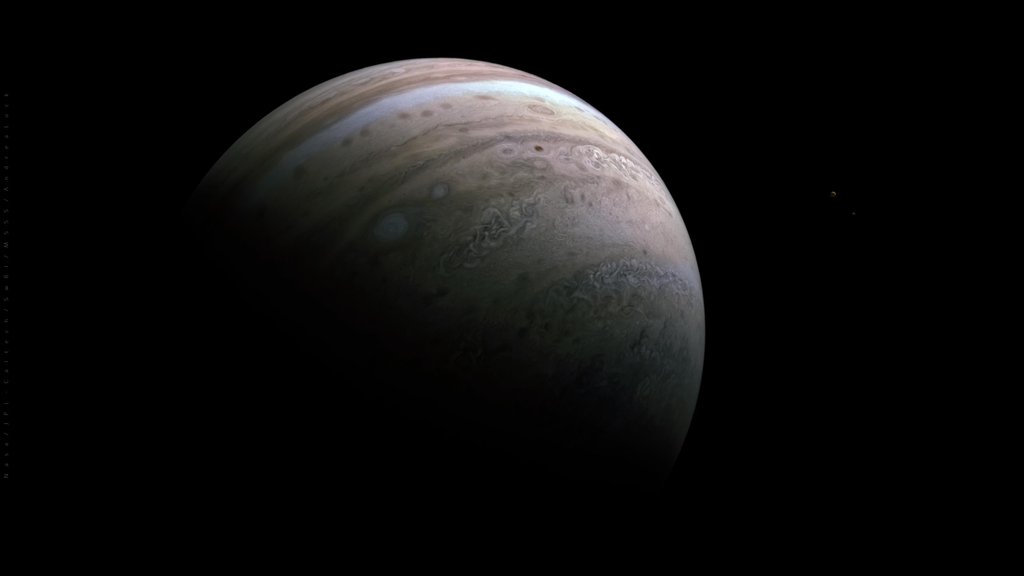 NASA's Juno mission captured this view of Jupiter's southern hemisphere during the spacecraft's 39th close flyby of the planet on Jan. 12, 2022. Zooming in on the right portion of the image (Figure 1) reveals two more worlds in the same frame: Jupiterâ€™s intriguing moons Io (left) and Europa (right).

Io is the solar system's most volcanic body, while Europa's icy surface hides a global ocean of liquid water beneath. Juno will have an opportunity to capture much more detailed observations of Europa – using several scientific instruments – in September 2022, when the spacecraft makes the closest fly-by of the enigmatic moon in decades. The mission will also make close approaches to Io in late 2023 and early 2024.

At the time this image was taken, the Juno spacecraft was about 38,000 miles (61,000 kilometers) from Jupiter's cloud tops, at a latitude of about 52 degrees south. Citizen scientist Andrea Luck created the image using raw data from the JunoCam instrument.