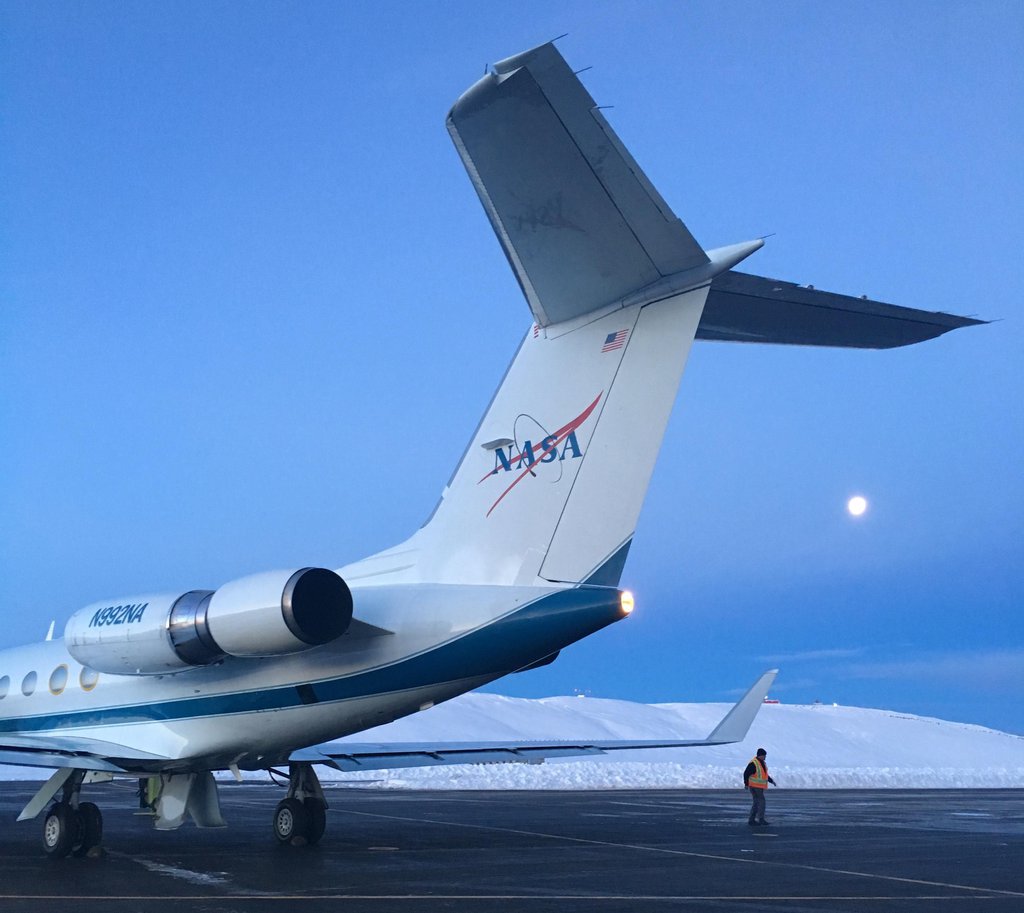 NASA's Gulfstream III was one of several research aircraft that NASA's Oceans Melting Greenland mission used during its six-year field campaign to record the temperature, salinity, and depth of the ocean around the entire island. OMG used airports in Greenland, Iceland, and Norway as bases for research flights. This image was taken at Thule Air Base, Greenland, on Sept. 18, 2016.

For more information about the OMG mission: https://omg.jpl.nasa.gov/portal/