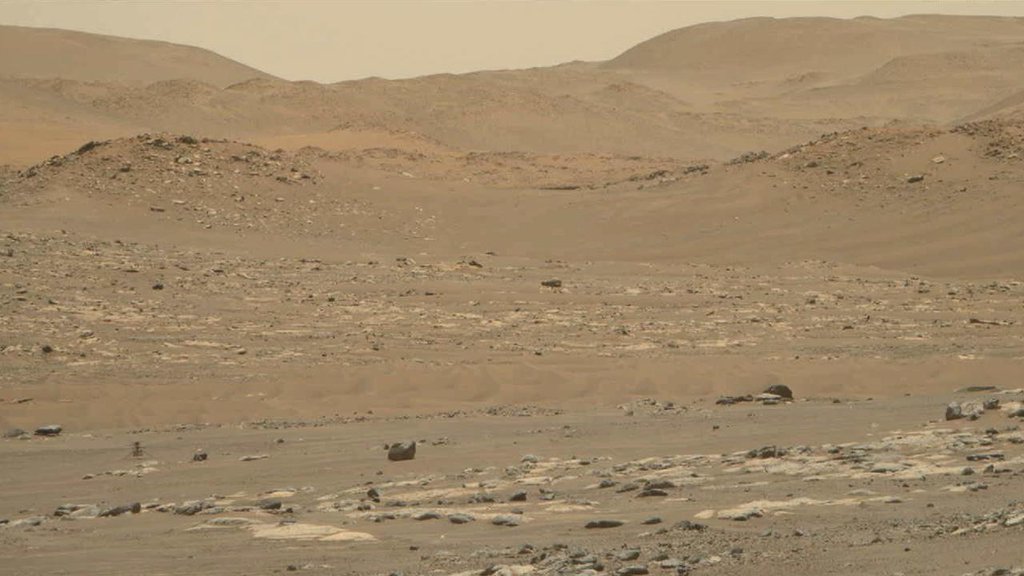 Video footage from the Mastcam-Z instrument aboard NASA's Perseverance Mars rover captured this closeup view of the takeoff and landing of the 13th flight of the Ingenuity Mars Helicopter on Sept. 4, 2021. The 160.5-second reconnaissance sortie involved flying into challenging terrain and taking images of a specific outcrop from multiple angles. The closeup video of takeoff and landing was acquired as part of a science observation intended to measure the dust plumes generated by the helicopter.

To obtain the footage, the two-camera Mastcam-Z's "right eye" was at its maximum zoom setting (110mm focal length). The video is shot at 6 frames per second. Another view (PIA24978) was taken at the same time by Mastcam-Z's "left eye" imager and provides a wider perspective of the same flight.