Orientation of Mars Helicopter Base Station Antenna for Flight 17 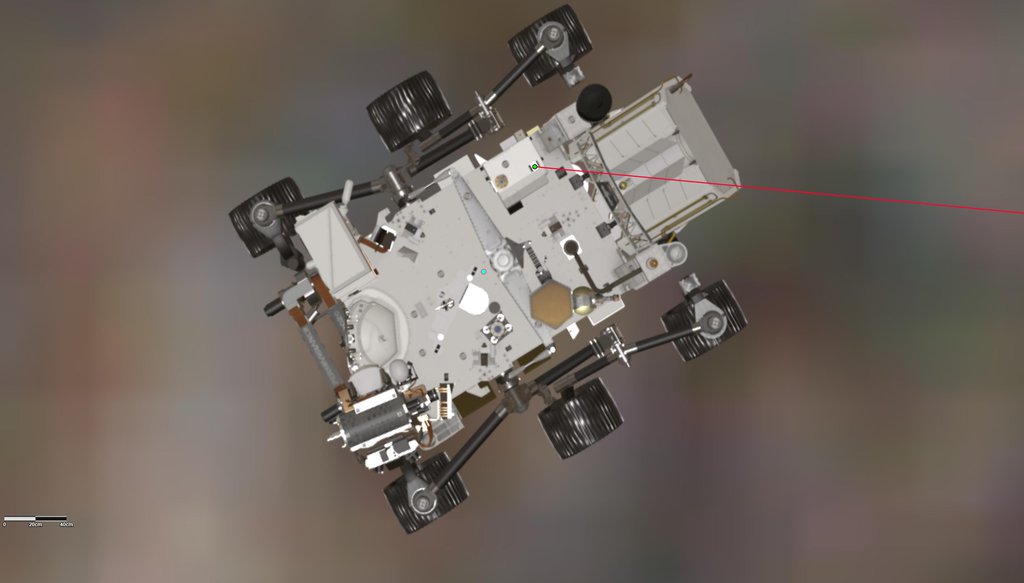 This annotated graphic depicts the orientation of NASA's Perseverance Mars rover during the 17th flight of the agency's Ingenuity Mars Helicopter on Dec. 5, 2021.

A green dot on the rover, toward the top center of the frame, indicates the location of the Mars Helicopter Base Station antenna on Perseverance, which sends radio signals to and receives them from the rotorcraft. The red line depicts the line of sight to the helicopter during the final moments of Flight 17. Perseverance's power source, the Multi-Mission Radioisotope Thermoelectric Generator (MMRTG), is at the back of the rover, on the right. It angles above the antenna, impeding direct communications between the rover and helicopter as the rotorcraft descended toward the surface at the end of the flight.