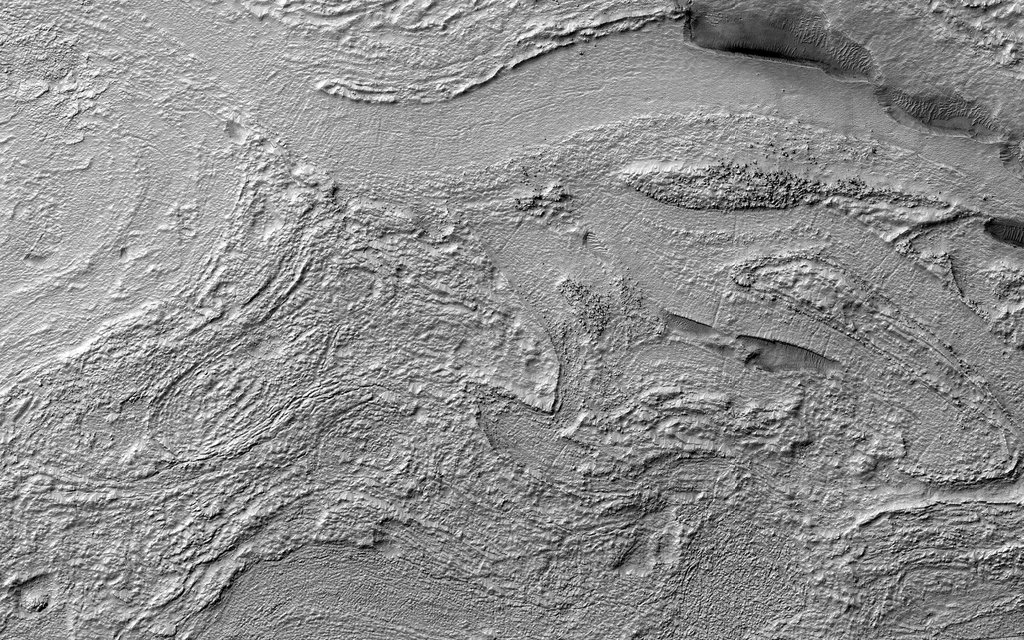 This image shows a portion of an enigmatic formation called banded terrain, which is only observed in the northwest of the Hellas basin. This basin was formed by a giant impact around 4 billion years ago. It is the deepest impact basin on the planet, and banded terrain is in the deepest part of the basin (at elevations around 7 kilometers).

This terrain is characterized by smooth bands of material separated by ridges or troughs, with circular and lobe shapes that are typically several kilometers long and a few hundred meters wide. A closeup shows banded terrain deforming around a mesa (bottom) and the transition of smooth banded terrain into surrounding rough terrain (top).

Other banded terrain appears to have undergone deformation, like by a glacier, though it is not quite like terrestrial landforms. There are several ideas for what it could be, including a thin, flowing, ice-rich layer or sediment that was deformed beneath a former ice sheet.