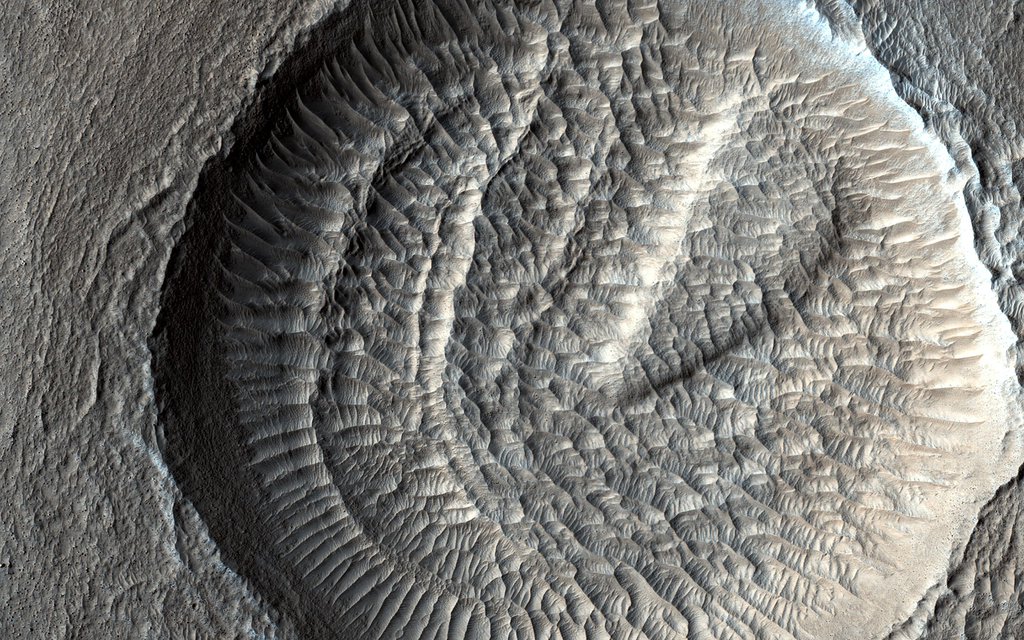 These impact craters in the northern middle latitudes have interesting interiors: all of them have wind-blown (aeolian) ripples.

Additionally, many of the larger craters have layered mesas along their floors that are likely sedimentary deposits laid down after the craters formed but prior to the development of the aeolian ripples.