The Wrinkled Surface of Mars 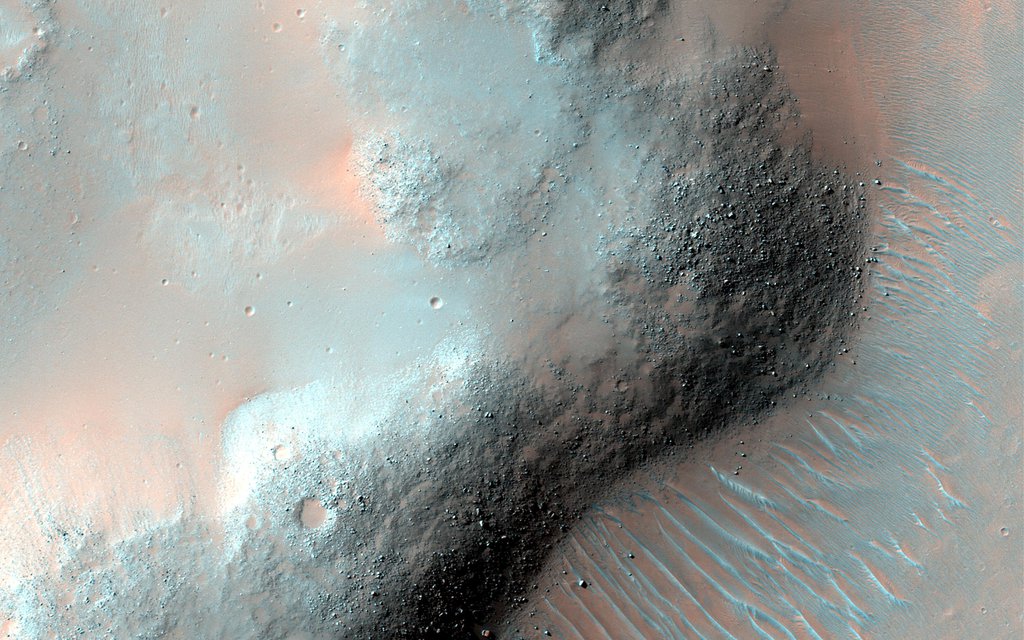 The surface of Mars has been pulled apart in places and smashed together in other places. This image shows a ridge that formed when the ground was pushed together, forming a wrinkle.

These "wrinkle ridges" are observed across Mars and other bodies, such as the Moon and Earth, and serve as a record of ancient forces that shaped these planetary surfaces.