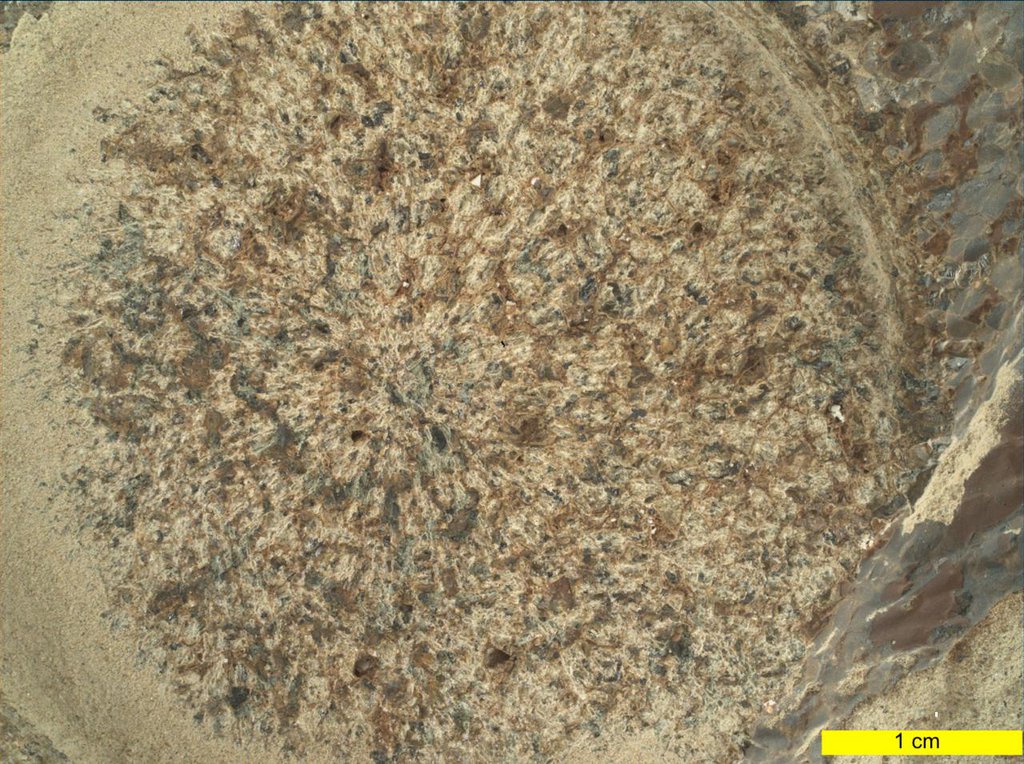 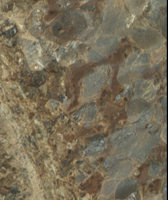 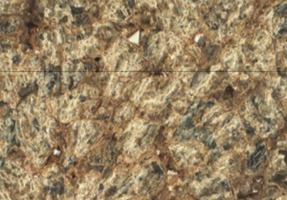 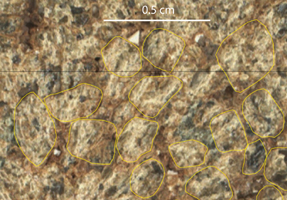 This close-up view of a rock target named "Dourbes" was provided by the WATSON (Wide Angle Topographic Sensor for Operations and eNgineering) camera on the end of the robotic arm aboard NASA's Perseverance Mars rover. WATSON took a series of eight fully-shadowed images on Nov. 5, 2021, the 253rd Martian day, or sol, of the mission, and the images were subsequently merged to create this view.

Before drilling rocks, the rover abrades the rock surface using a tool on its robotic arm to clear away dust and weathering rinds, allowing other instruments to study the rocks in detail. The abraded patch is 2 inches (5 centimeters) in diameter. Perseverance subsequently acquired two rock core samples from this outcrop, called "Brac," which forms part of the "South Séítah" geologic unit of Jezero Crater.

The WATSON image shows that the abrasion patch is dominated by discrete areas of light-toned material, with subordinate brown, dark-toned interstitial areas. The chemistry and mineralogy of the abrasion patch was analysed by a series of co-registered observations using the SuperCam, Mastcam-Z, PIXL (Planetary Instrument for X-ray Lithochemistry), and SHERLOC (Scanning Habitable Environments with Raman & Luminescence for Organics & Chemicals) instruments.

Figure 1 is a detail of the natural surface outside of the abrasion patch. This reveals distinct gray, angular grains or crystals that are 1 to 2 millimeters across. They are commonly clumped together and resemble the gray angular grains in the SuperCam target "Cine."

Figures 2 and 3 show other detailed views from this rock.

A subsystem of an instrument called SHERLOC (Scanning Habitable Environments with Raman & Luminescence for Organics & Chemicals), WATSON can document the structure and texture within a drilled or abraded target, and its data can be used to derive depth measurements. WATSON was built by Malin Space Science Systems (MSSS) in San Diego and is operated jointly by MSSS and JPL.