Two Versions of a Curiosity Selfie: Narrow and Wide 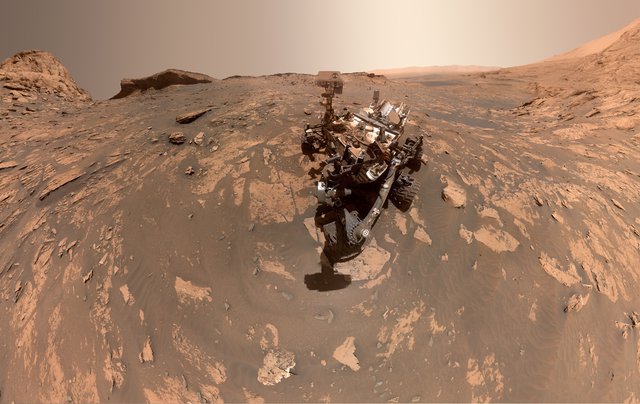 NASA's Curiosity Mars rover took this 360-degree selfie using the Mars Hand Lens Imager, or MAHLI, at the end of its robotic arm. The selfie comprises 81 individual images taken on Nov. 20, 2021 – the 3,303rd Martian day, or sol, of the mission.

The rock structure behind the rover is "Greenheugh Pediment"; the hill that is middle distance on the right, is "Rafael Navarro Mountain." Curiosity is headed toward "Maria Gordon Notch," the U-shaped opening behind the rover to the left.

Also included here is Figure 1, a cropped version of the selfie.