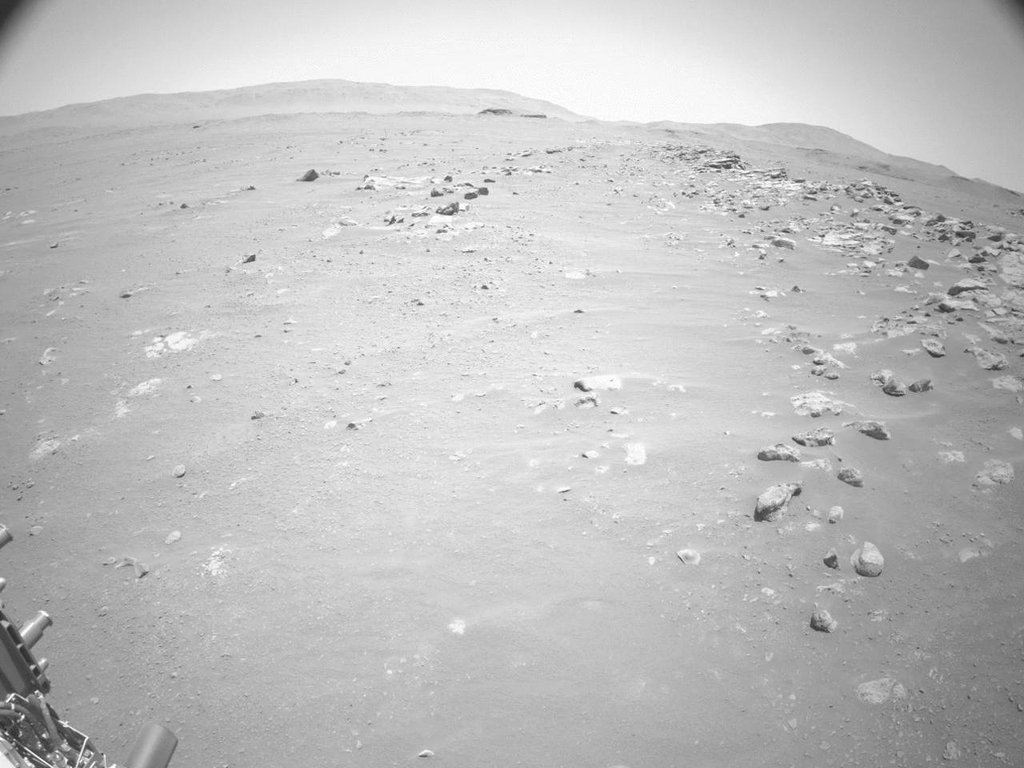 This video shows NASA's Perseverance Mars rover using its Auto-Nav technology to drive 548 feet (167 meters) on Sept. 12, 2021, the 200th Martian day, or sol, of the mission. Auto-Nav allows the rover to autonomously re-plan its route around rocks or other obstacles on its way to a target. The video was taken by the rover's Navigation Cameras; they are capable of color, but black-and-white images are better for navigation.

In total, the rover drove 574 feet (175 meters), but the first 26 feet (8 meters) are directed by rover drivers to allow for building a 3D map of the terrain under and around the rover. This map allows the Auto-Nav to assess the safety of available paths at the rover's location; engineers call this "crawling on to the map."

Once Auto-Nav takes over, the rover autonomously chooses its own path to reach the intended destination, continually imaging around itself to maintain a map of surrounding terrain. That map is a 98-foot-by-98-foot (30-meter-by-30-meter) square centered on the rover.