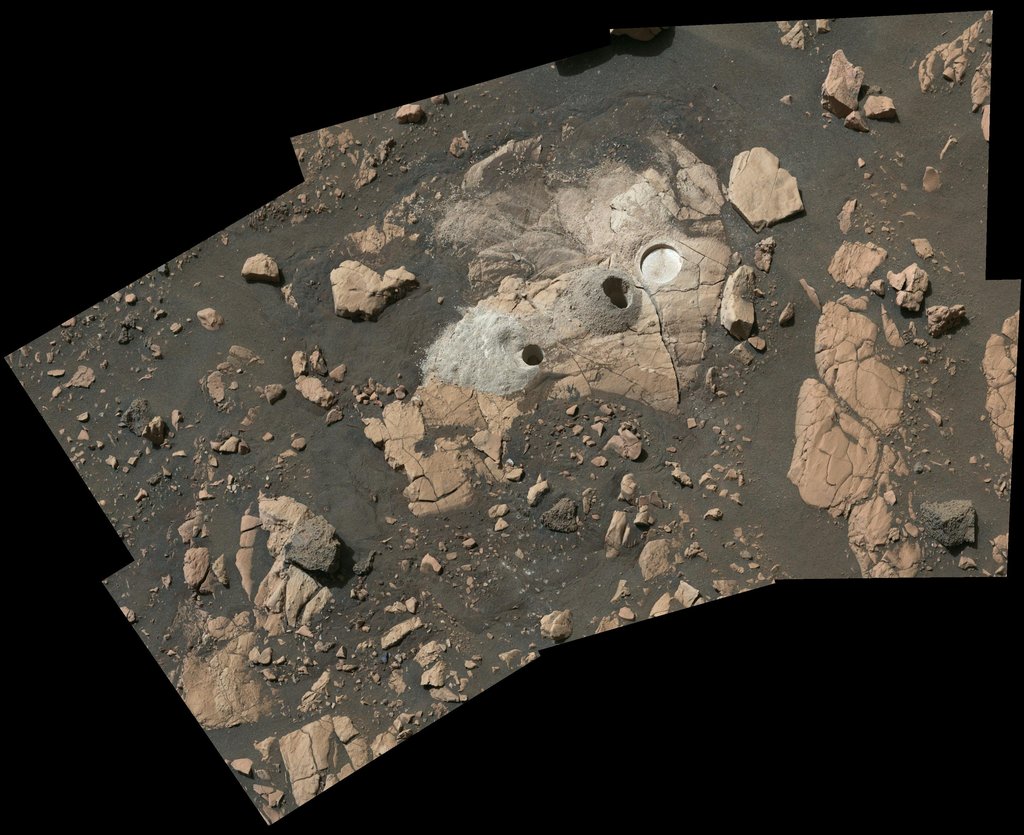 The site is in the delta, a fan-shaped area where, billions of years ago, a river once flowed into a lake in Jezero Crater. Scientists consider this area one of the best places on Mars to search for potential signs of ancient microbial life.

The images were obtained by the Mastcam-Z instrument on Aug. 4, 2022, the 518th Martian day, or sol, of the rover's mission. For scale, the bright circular abrasion patch on the right is approximately 2 inches (5 centimeters) in diameter.

The color bands of the image have been processed to improve visual contrast and accentuate color differences.

The rock cores obtained by Perseverance – each about the size of a piece of classroom chalk – were sealed in ultra-clean sample tubes. They are currently stored in the rover's Sampling and Caching System.

The verification of ancient life on Mars carries an enormous burden of proof.

NASA's Jet Propulsion Laboratory, which is managed for the agency by Caltech in Pasadena, California, built and manages operations of the Perseverance rover. Arizona State University leads the operations of the Mastcam-Z instrument, working in collaboration with Malin Space Science Systems in San Diego, on the design, fabrication, testing, and operation of the cameras, and in collaboration with the Neils Bohr Institute of the University of Copenhagen on the design, fabrication, and testing of the calibration targets.

For more about the Mars Sample Return campaign: mars.nasa.gov/msr