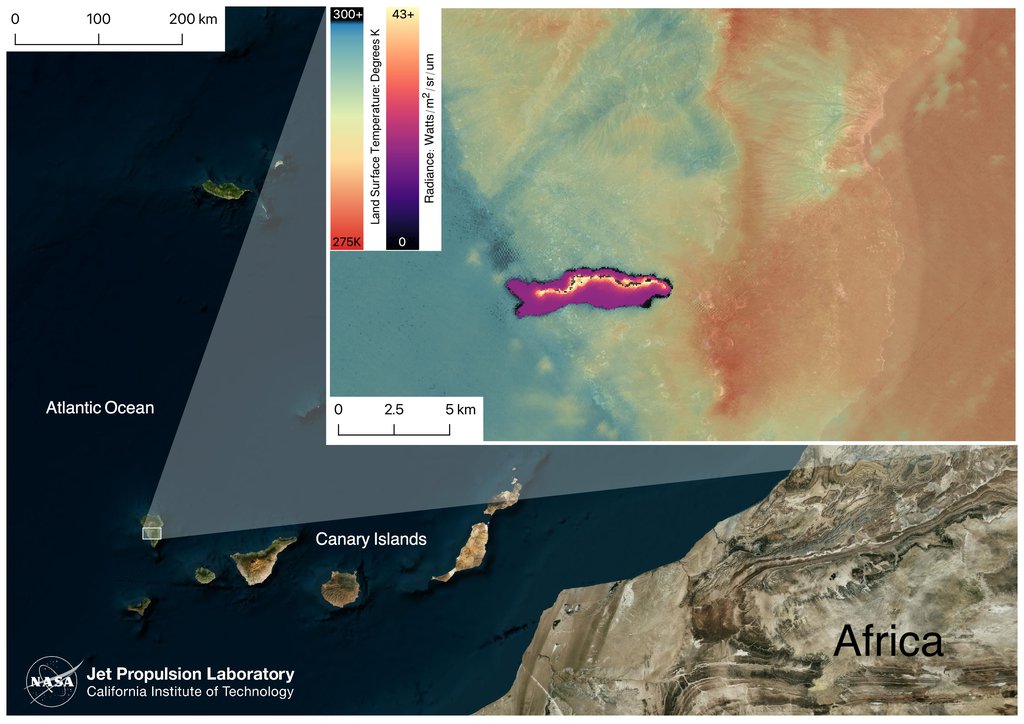 On September 19, 2021 volcanic activity permanently altered the coastline of the small island of La Palma, located off the coast of northwestern Africa. Within seven hours of the initial eruption, the lava flow traveled about 6km to the Atlantic Coast where it continues to extend the coastline out into the ocean.

This image taken by the ECOSTRESS module aboard the International Space Station captured the initial Laval flow several hours after the eruption. Dark spots along the coastline represent locations where lava flowed into the ocean, increasing the surface temperature.

ECOSTRESS's primary mission is to detect small changes in the temperature of plants to measure evapotranspiration rates. It can use the same instrumentation to detect changes in surface temperature associated with events such as volcanic eruptions. ECOSTRESS observations have a spatial resolution of about 70x70 meters, which enables researchers to study surface-temperature conditions down to the size of a football field. The mission can acquire images of the same region at different times of the day. This is advantageous when monitoring plant stress in the same area throughout the day, for example.