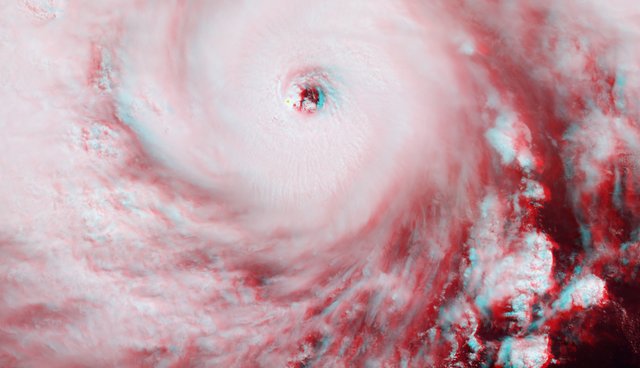 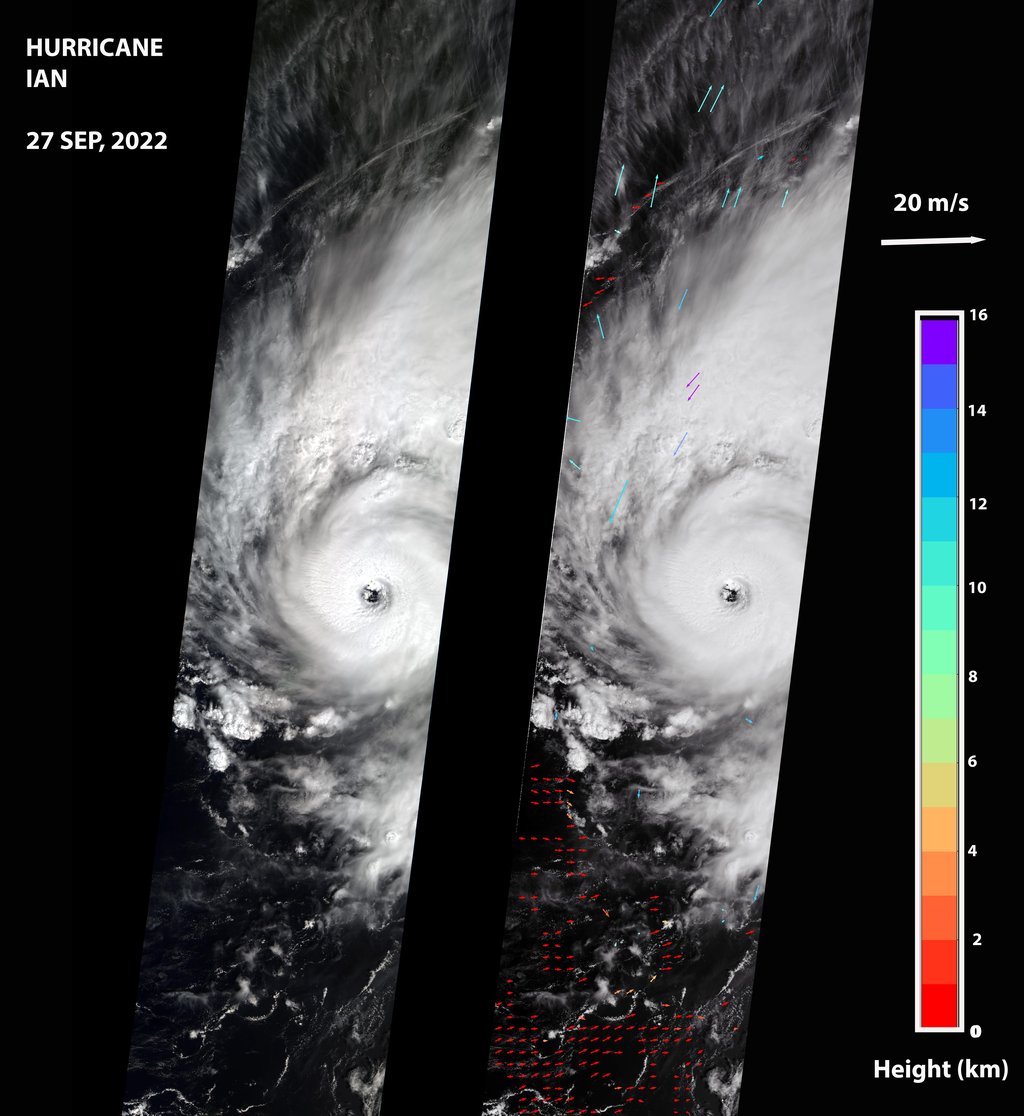 NASA's Multi-angle Imaging SpectroRadiometer (MISR) captured an optical image of Hurricane Ian, as well as measurements of the storm's wind speed, at noon local time Sept. 27, 2022. The storm, a Category 3 hurricane at that time, had maximum sustained winds of 115 mph (185 kph). The eye of the storm was located off the northern coast of Cuba, approximately 70 miles (110 kilometers) west of Havana, after passing over the island in the morning hours.

The MISR instrument, flying aboard NASA's Terra satellite, carries nine cameras that observe the Earth at different angles. It takes approximately seven minutes for all the cameras to observe the same location on the Earth, and the motion of clouds during that time is used to calculate wind speed at the cloud tops. The left-hand panel of the first figure shows an image of the storm as viewed by MISR's central, downward-looking camera. The panel on the right shows the wind speeds derived from MISR data superimposed on the image. The length of the arrows is proportional to the wind speed, while their color shows the altitudes of the cloud tops in kilometers.

Figure A is a stereo anaglyph, which combines data from two different MISR cameras to show a 3D view of Ian. You will need red-blue glasses to view the anaglyph (make sure to place the red lens over your left eye). To enable the 3D effect, the anaglyph has been rotated so that north is to the left.

The MISR data shows that the cloud-top winds near the center of the storm reached approximately 108 mph (174 kph), with maximum cloud-top wind speed reaching 123 mph (198 kph). The wind data shows that the lowest clouds are moving counterclockwise, while the high clouds north of the hurricane's center are rotating clockwise. The anaglyph reveals high clouds associated with strong thunderstorms in the eyewall of Hurricane Ian as well as individual strong thunderstorms in the outer rainbands.

MISR was built and is managed by NASA's Jet Propulsion Laboratory in Southern California for NASA's Science Mission Directorate in Washington. The Terra spacecraft is managed by NASA's Goddard Space Flight Center in Greenbelt, Maryland. The MISR data was obtained from the NASA Langley Research Center Atmospheric Science Data Center in Hampton, Virginia. JPL is a division of Caltech in Pasadena.

The data was captured during Terra orbit 121150. For more information, visit https://eosweb.larc.nasa.gov/project/misr/misr_table