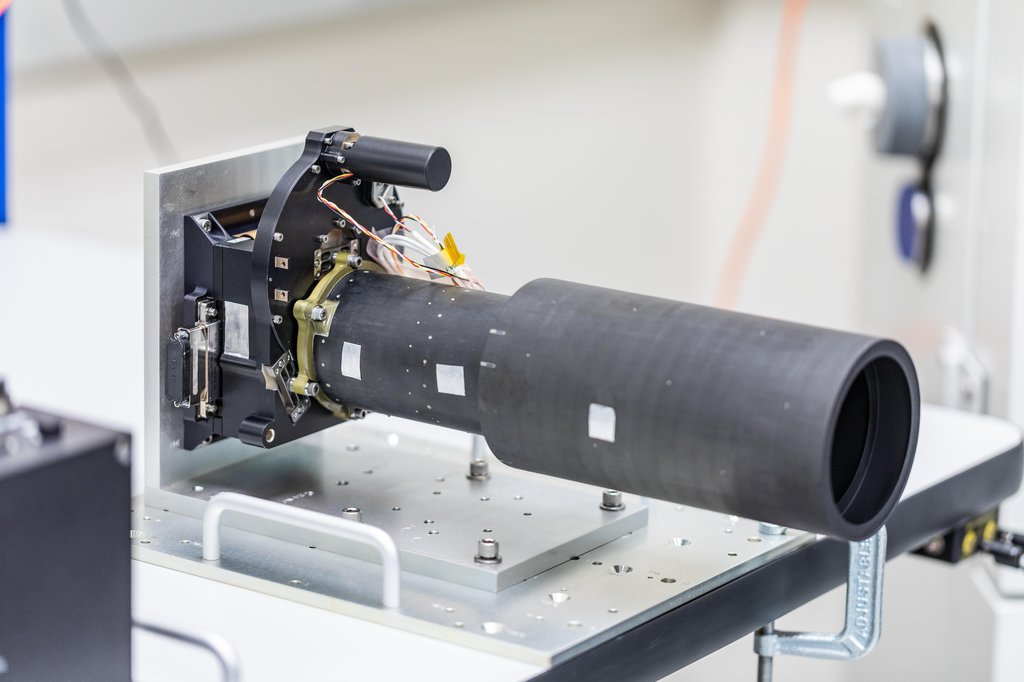 This photo shows Psyche's multispectral imager, in the process of assembly and testing on Sept. 13, 2021, at Malin Space Science Systems in San Diego, California.

The multispectral imager is sensitive to visible light like we can see with our eyes, but also to light just beyond what humans can see, using filters in the ultraviolet and near-infrared wavelengths. The photos taken in these filters will reveal the asteroid's geology and topography, and could help determine the mineralogy of any rocky material that may exist on the surface of Psyche.