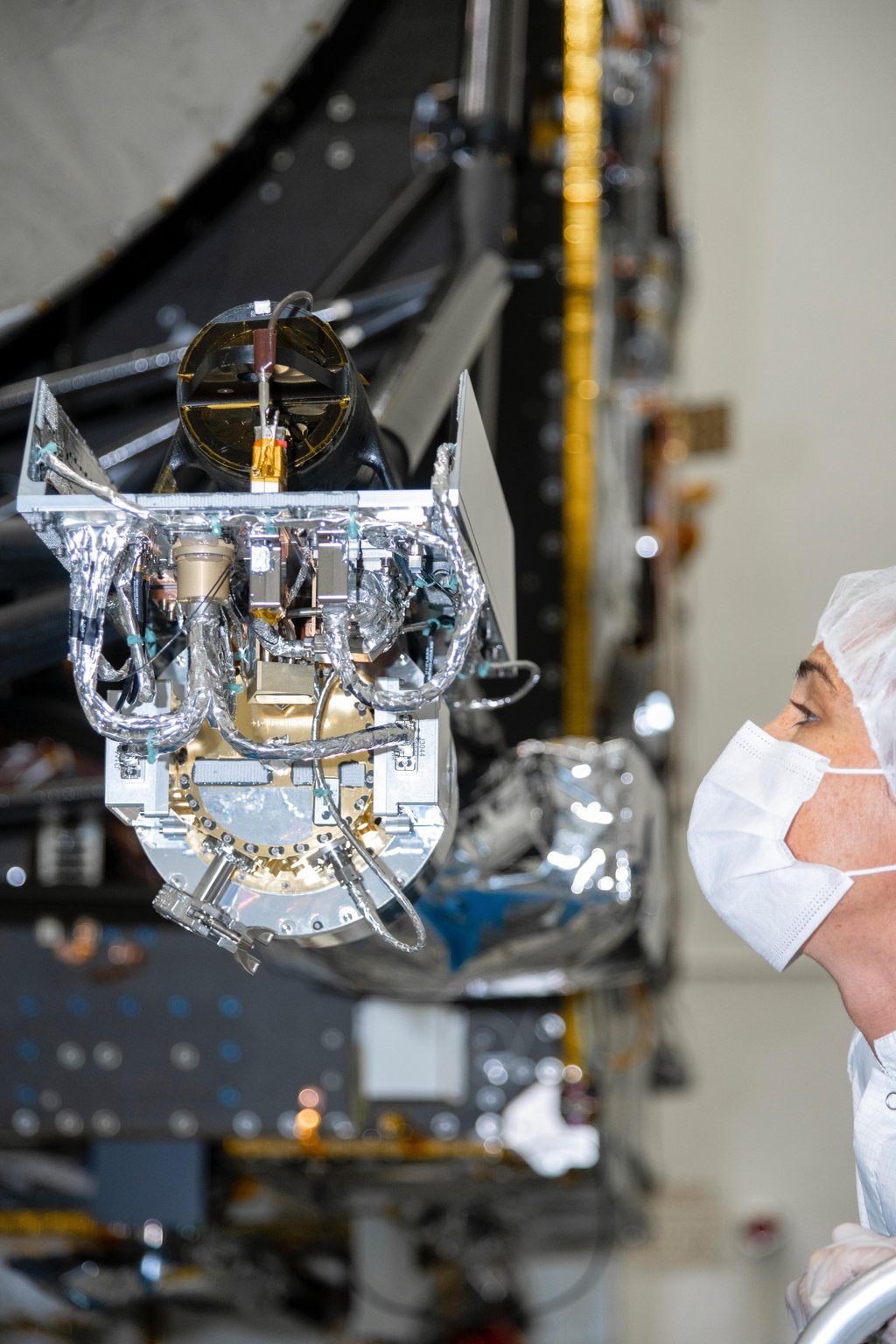 An engineer at NASA's Jet Propulsion Laboratory in Southern California inspects the gamma ray and neutron spectrometer instrument as it is integrated into the agency's Psyche spacecraft on Aug. 23, 2021.