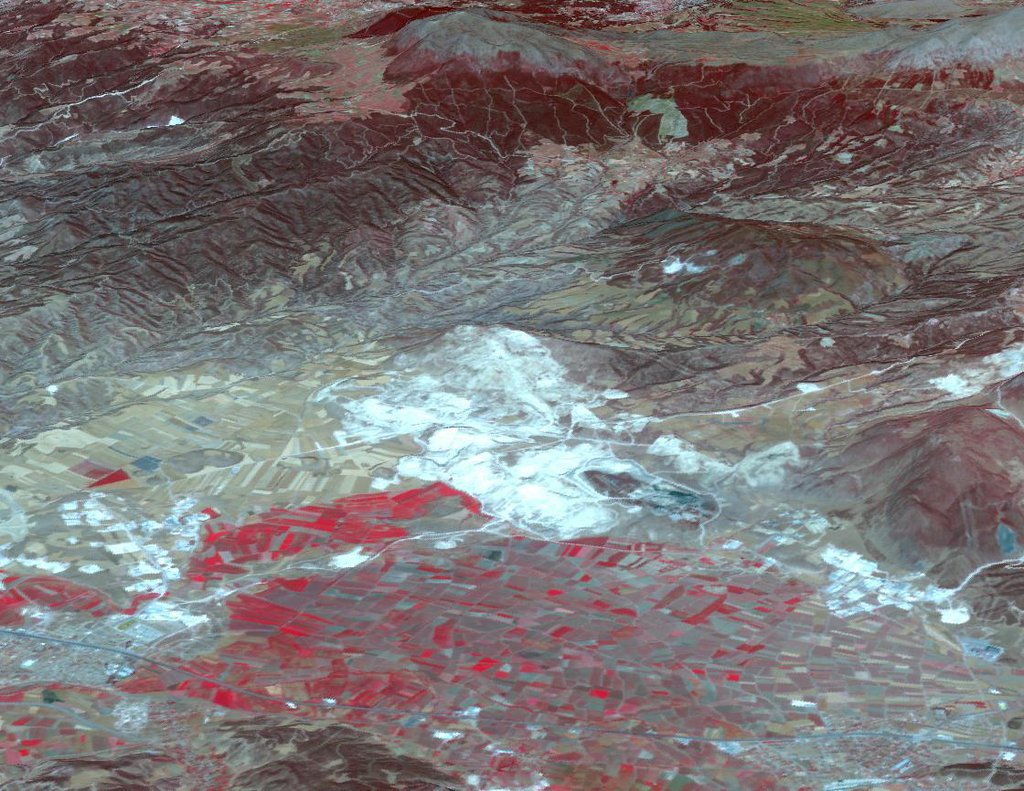 In western Turkey, Pamukkale travertine pools and terraces form the largest such complex in the world. For thousands of years, people have visited the area due to the attraction of the thermal pools. The ancient Greco-Roman city of Hierapolis was built on top of the travertine formation. The volcanic activity which causes the hot springs, forced carbon dioxide into a cave, which was called the place of the god Pluto, and instantly killed any animals (and people) that ventured in. The perspective image was acquired May 25, 2021, and is located at 37.9 degrees north, 29.1 degrees east.