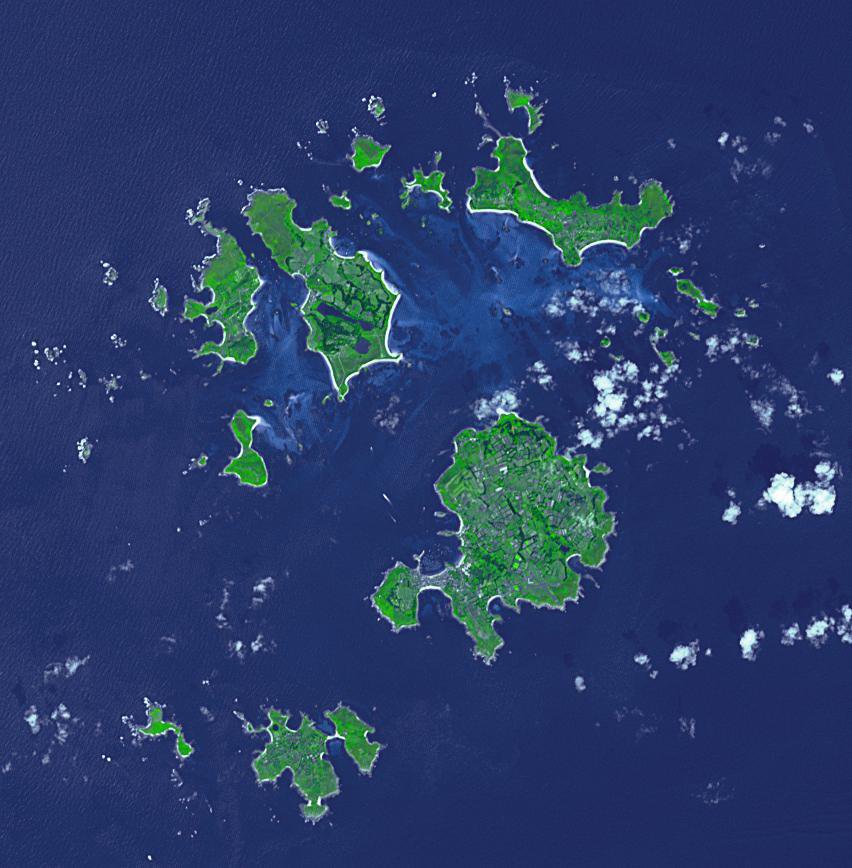 The Isles of Scilly are an archipelago of 145 islands that lies 28 km off the tip of Cornwall. Scilly is part of the Duchy of Cornwall under the stewardship of the Prince of Wales, who owns all the lands, and collects rents or leases from all 2200 residents. Tourism now accounts for 85&percnt of the islands' income. The image was acquired July 8, 2019, covers an area of 12.8 by 13 km, and is located at 49.9 degrees north, 6.3 degrees west.