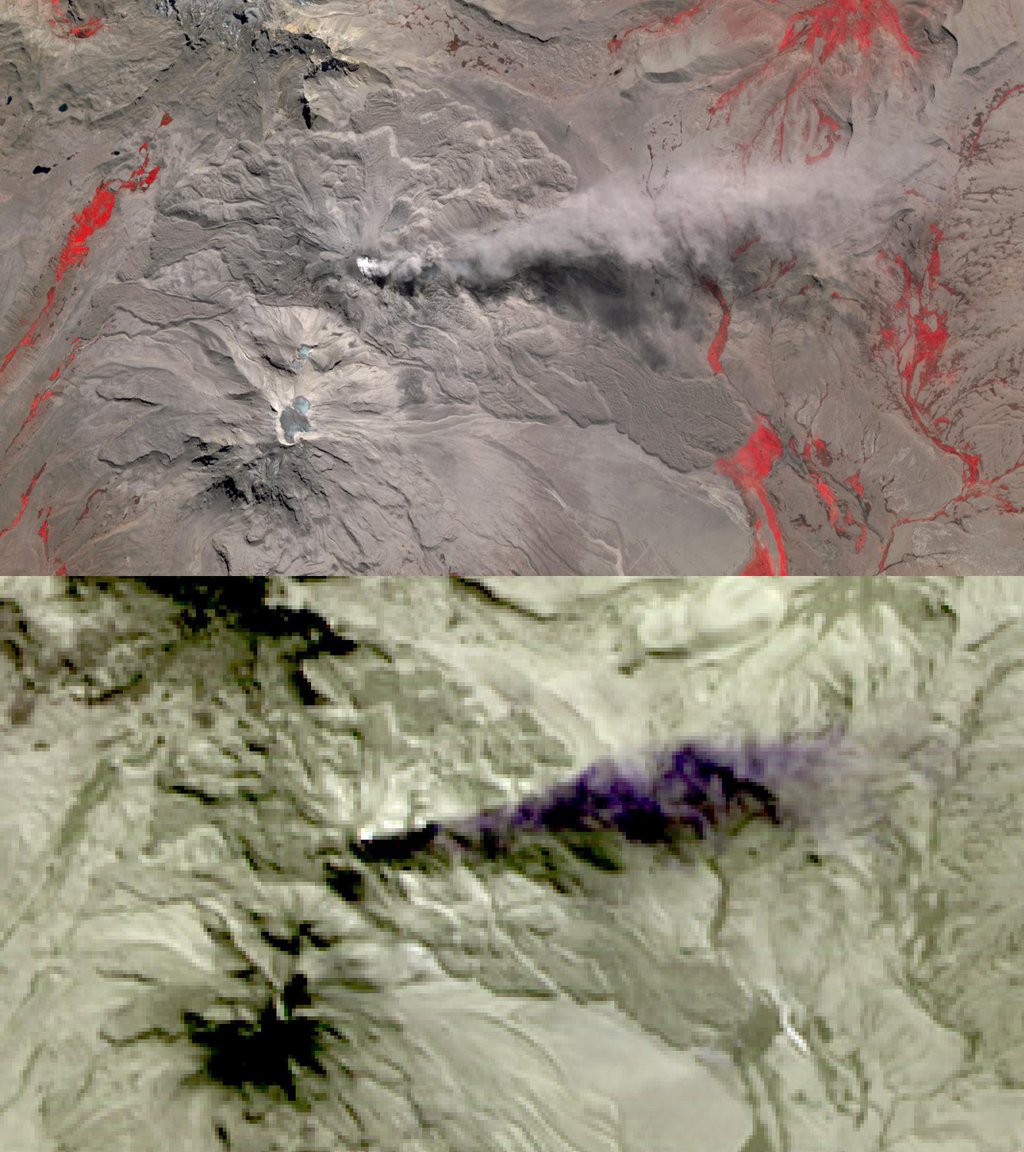 In this image of Peru's Sabancaya stratovolcano, acquired May 13, 2020, the years-long eruption continues. In the top image, Sabancaya has a bright white cloud in its caldera. The greyish cloud to the east is an ash plume. The Ampato volcano, with its prominent summit caldera, is to the south. The red areas are vegetation. The lower thermal infrared composite image shows the plume in purple, indicating that it is dominantly composed of ash and water vapor. A bright hotspot can be seen in the summit caldera of Sabancaya. The images cover an area of 13.5 by 24 kilometers, and are located at 15.8 degrees south, 71.9 degrees west.