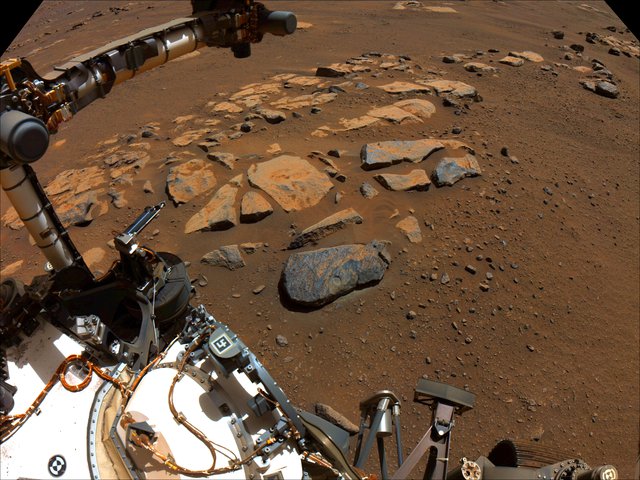 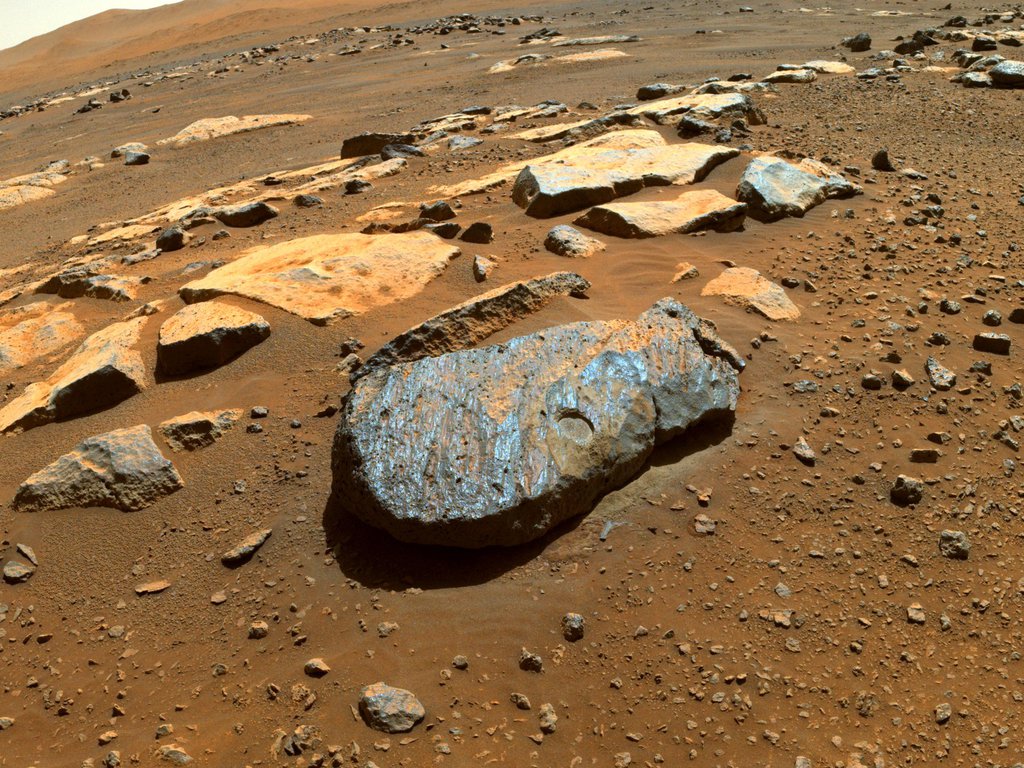 NASA's Perseverance rover took this image of the Martian rock nicknamed "Rochette" on Aug. 27, 2021, shortly after it abraded a circular patch known as "Bellegarde." The patch is about 0.39 inches (10 millimeters) deep and about 2 inches (5 centimeters) in diameter.

The main image was taken by one of the rover's Hazard Avoidance Cameras. A secondary image in which part of the rover deck is visible shows the abrasion patch from the point of view of a Navigation Camera on Perseverance's mast. Both images were taken on the 185th sol (Martian day) of the rover's mission and processed to enhance contrast.