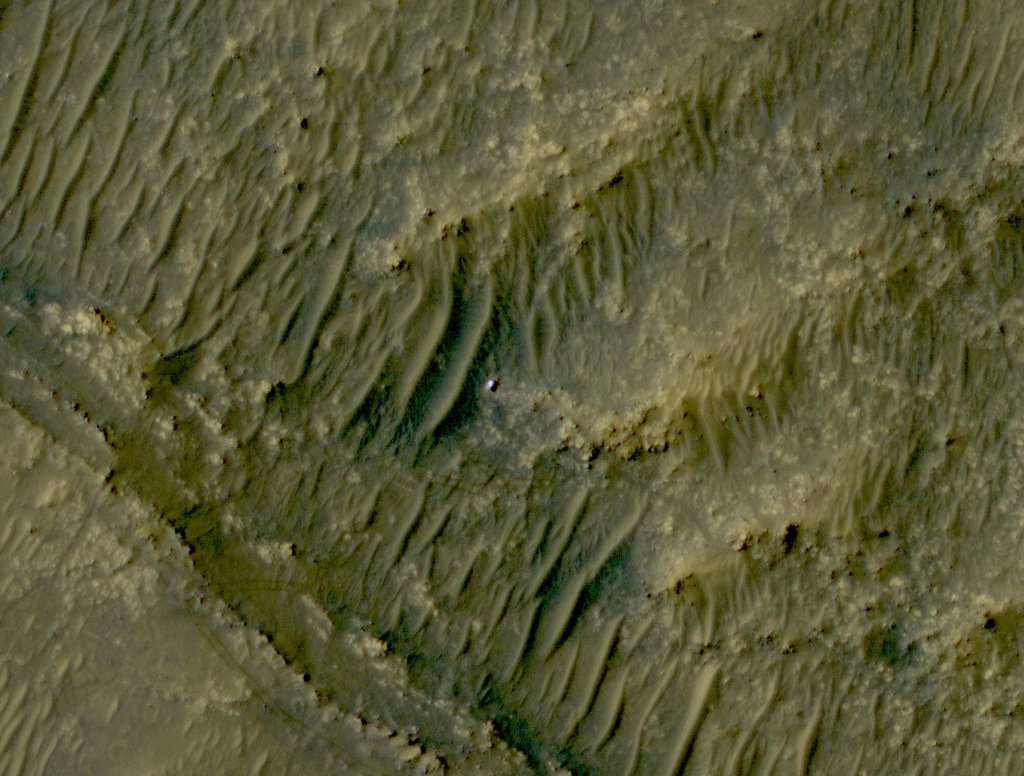 The white speck is NASA's Perseverance rover in the "South Séítah" area of Mars' Jezero Crater. The image was taken by the agency's Mars Reconnaissance Orbiter using its High-Resolution Imaging Science Experiment, or HiRISE, camera.

The University of Arizona, in Tucson, operates HiRISE, which was built by Ball Aerospace & Technologies Corp., in Boulder, Colorado. NASA's Jet Propulsion Laboratory, a division of Caltech in Pasadena, California, manages the Mars Reconnaissance Orbiter Project for NASA's Science Mission Directorate in Washington.