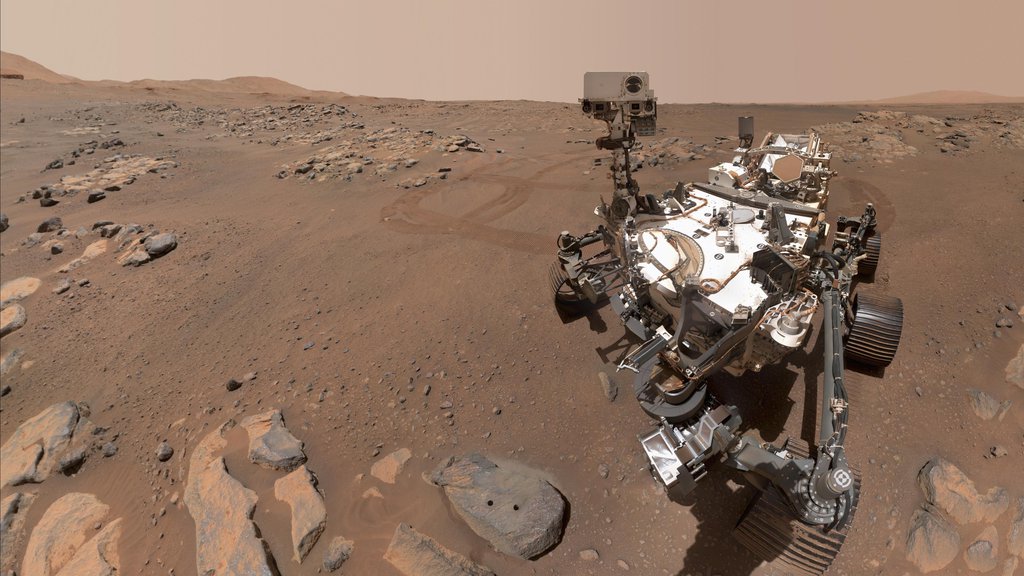 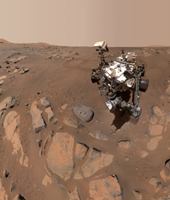 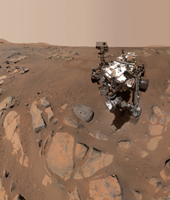 NASA's Perseverance Mars rover took this selfie over a rock nicknamed "Rochette," on September 10, 2021, the 198th Martian day, or sol of the mission. Two holes can be seen where the rover used its robotic arm to drill rock core samples. There are two versions of the selfie: Figure 1 shows Perseverance looking at the rock holes and Figure 2 shows it looking back at the camera. Each version is made up of 57 individual images that are sent back down to Earth and stitched into the resulting selfies.

Perseverance uses a camera called WATSON (Wide Angle Topographic Sensor for Operations and eNgineering) on the end of its seven-foot-long (two-meter-long) robotic arm to take its selfies. A detailed explanation of how it takes the selfies is available here.