PIXL Image of Salts in Bellegarde 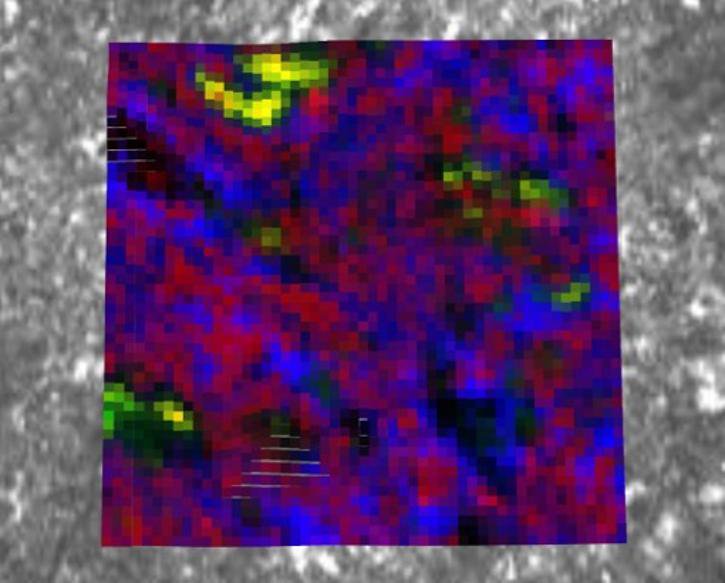 NASA's Perseverance Mars rover used its PIXL (Planetary Instrument for X-ray Lithochemistry) instrument to analyze the "Bellegarde" abrasion target – created when the rover scraped away surface area of the rock named "Rochette" – revealing salt minerals (the yellow color in the image). Salt crystals could have trapped bubbles of ancient water that, after the samples are returned to Earth, scientists could use to learn more about the environment these salts formed in.