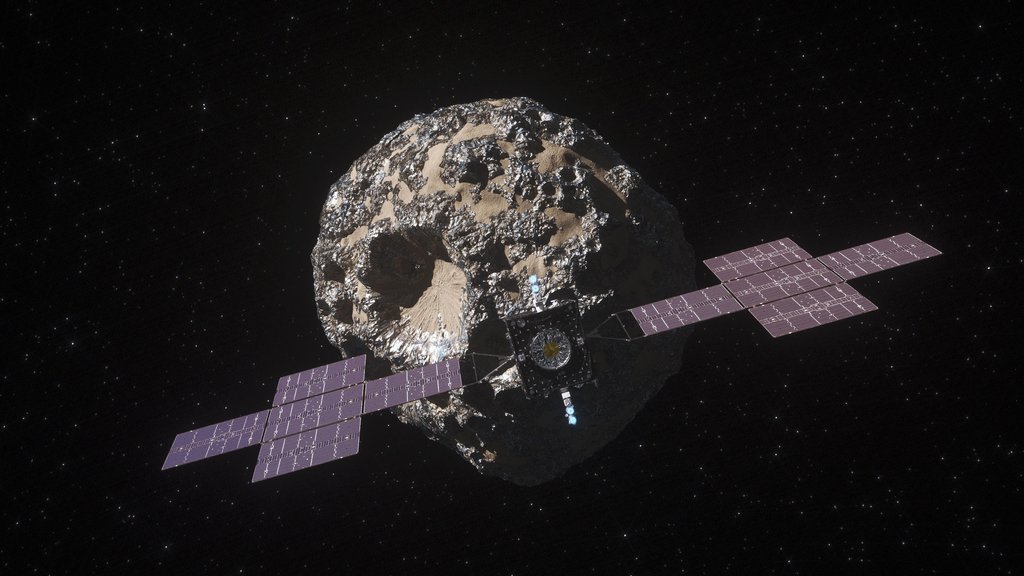 This illustration, updated in April 2022, depicts NASA's Psyche spacecraft. Set to launch in August 2022, the Psyche mission will explore a metal-rich asteroid of the same name that lies in the main asteroid belt between Mars and Jupiter. The spacecraft will arrive in early 2026 and orbit the asteroid – also shown in this illustration – for nearly two years to investigate its composition.

Scientists think Psyche may be the core of a planetesimal, one of the building blocks of the terrestrial (rocky) planets in our solar system: Mercury, Venus, Earth, and Mars. If so, it could provide a unique opportunity to study how planets like our own formed. But scientists are also prepared to be surprised and may find that Psyche is some other type of primordial solar system object never before studied.