Perseverance Gets to Know Rochette 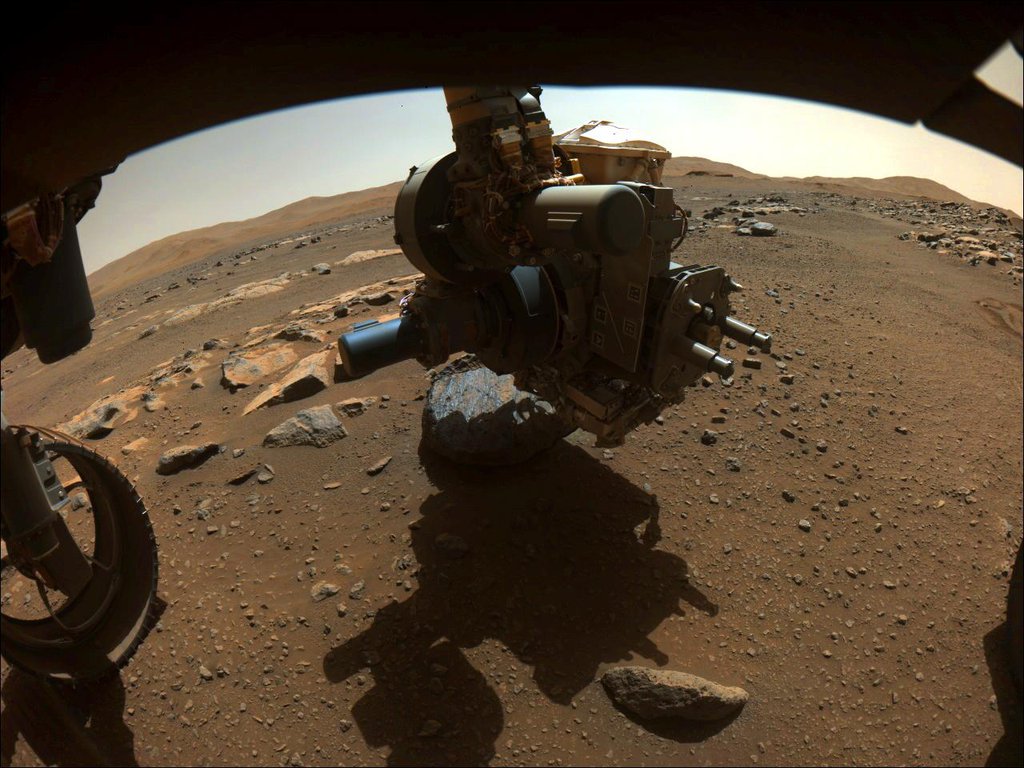 On Aug. 27, 2021, NASA's Perseverance rover captured this image of the science-instrument-laden turret at the end of its robotic arm getting close to the rock nicknamed "Rochette."

Perseverance had just abraded a circular patch, nicknamed "Bellegarde," of the rock. This image was taken when the SHERLOC (Scanning Habitable Environments with Raman and Luminescence for Organics and Chemicals) instrument on the turret was using its WATSON (Wide Angle Topographic Sensor for Operations and eNgineering) camera to take a close-up image of Bellegarde on the 185th sol (Martian day) of Perseverance's mission.

This image, taken by one of Perseverance's Hazard Avoidance Cameras, has been processed to enhance contrast.